Home » Cars » Renault Duster Back On The List Of Top Selling Utility Vehicles for October 2015
Views: 960

Renault India’s bestselling vehicle, the Duster has made it into the list of top ten highest selling utility vehicles for October 2015 according to the data published by Society of Indian Automobile Manufacturers (SIAM). It was off the list for one month. 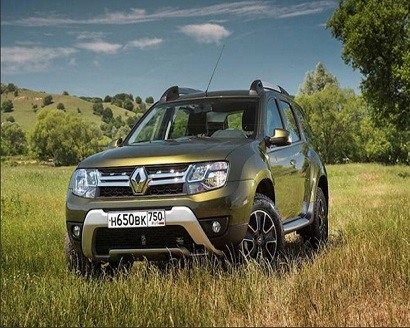 The vehicle has been priced at Rs 8.3 lakh and sold around 1727 units in the previous month, compared to 3417 units in the corresponding month last year. The car has seen a drop of 49 percent and entered at the last position. After almost 3 months, the Mahindra Bolero has reclaimed its top spot after posting sales of 7754 units. However, the company has recorded de-growth of around 15 percent compared to sales in October 2014.

The Bolero has outpaced Hyundai’s recently launched Creta, which has sold around 7225 units. It has claimed the second slot. If the sales numbers are followed, then it can be said that compact SUVs are gaining good grounds. Over five months (its prelaunch bookings began from June, 2015), the Creta has sold around 30,342 units. Nonetheless, it is Mahindra and Mahindra that continues to dominate the top ten utility vehicles list for the month of October. Four wheels from their stables feature here.

Mahindra has recently launched its sub compact SUV, the TUV 300, that has sold around 3964 units in the month of October. Its sales in the month of September were 4321. This is the second consecutive month that the Ford EcoSport was taken over by TUV 300. The Ford EcoSport sold 1,111 units fewer in October 2015, compared to this same period the previous year. It fell three spaces to the eighth position.

Ford India has recently recalled around 16,500 units of the EcoSport for fixing a fault in the rear suspension that could increase accidents. The Mahindra Scorpio has reported negative sales of around 7 percent. The car’s automated version was recently launched. The XIV500 has maintained its 7th position after recording a hike of 28 percent in sales in the previous month. Maruti Suzuki’s S Cross is ranked at number nine on the list, with sales of 3017 units. Between July and October, it sold around 12,732 units. MSIL has started offering discounts of up to Rs 1 lakh for the S Cross within two months of being launched.

The only utility vehicle from Toyota Kirloskar Motor to feature here is Innova. Despite reporting growth of 11 percent, the car is down to the fourth position from the second.