Home » Cars » The Mini Car Segment Witnesses Growth With Success Of Alto, Kwid And The Rebirth of Nano
Views: 903

Improved consumer sentiment and positive economic developments coupled with new launches have led to greater buying of cars priced below the INR 5 lakh mark in India. 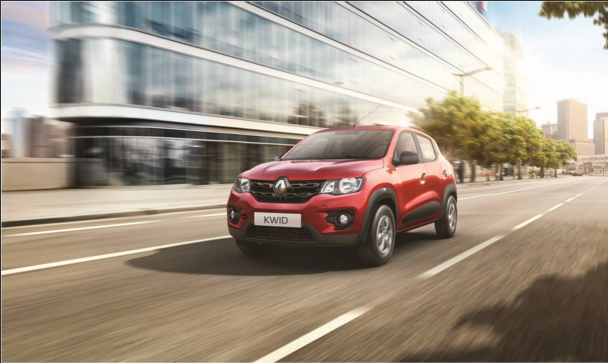 The mini car segment has witnessed a revival in its popularity and is steadily seeing growth after being in decline mode for at least four years. This is being attributed to the revival of the Tata Nano, Maruti Suzuki Alto’s success and the huge craze for the Renault Kwid. The mini car segment posted growth figures of 0.29% in the April-October period. The Kwid snapped up 10% market share in October while the Alto’s share stood at a whopping 46%. The Nano’s market share stood at around 5%. The segment should be witnessing further expansion over the next few months with several models set to be introduced. The segment had shrunk to an abysmal 26% of the Indian automobile market from peak figures of 35% in the fiscal year 2012.

Sales volumes of 20, 000 a month should be witnessed for this segment courtesy all the new launches according to market experts. The Kwid which has a starting price of INR 2.57 lakh (ex-showroom New Delhi) has definitely infused new energy into the segment according to experts and enthused several first time car buyers. Interest rates have been lowered, retail inflation is seemingly under control and disposable incomes have marginally gone up, thereby driving greater demand in this segment. Compression was witnessed in lower and top market segments over the last few years but that is being reversed according to industry sources.

Renault has already received 50, 000 bookings for the Kwid and should be selling in excess of 7-8, 000 units of this popular car on a monthly basis in the near future. The Nano has been repositioned for reviving sales and attracting first time buyers. Cost of vehicle ownership has gone down and this coupled with the rise in actual income means greater viability. Two wheeler buyers are shifting towards cars in this segment and this should continue in the following months. The new Alto is being developed by Maruti Suzuki and Tata Motors and Renault-Nissan should be offering new models within INR 5 lakh.

Datsun’s Redi Go crossover and Tata Zica hatchback will be launched in the next few months. Hyundai has seen its mini car sales decline post the discontinuation of the Santro. However, the i10 Grand has been doing well and posted record sales volumes of 14, 000 units in October.