There will be some minor changes as far as the CLA Shooting Brake facelift is concerned along with an entirely new structure for naming. 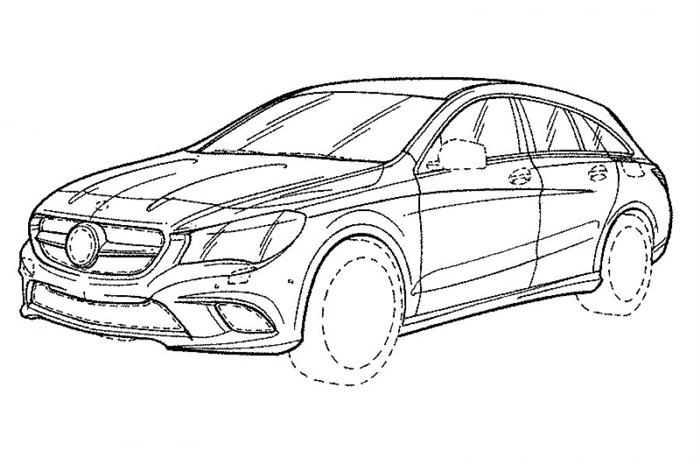 The face lifted and brand new Mercedes Benz CLA Shooting Brake has been eagerly awaited and discussed by automobile enthusiasts and true connoisseurs. Recently, the design of the same was revealed through a collection of patented images. As per the design patent filed in April 2015 and registered in July, Mercedes Benz will be integrating the new CLA under the lately revised A-class product range which was given a vital face lift earlier in 2015.

According to the spy pictures that have recently been revealed, the car has been spotted testing with almost no disguise or camouflaging. Major changes were earlier made to the A class hatchback by Mercedes but there should be only minor upgrades to the CLA Shooting Brake. This will be a model year update instead of a complete facelift. Yet, there will be upgrades for the engine and the suspension setup looks likely to get a revamp too. The CLA Shooting Brake will also come with design changes that were introduced through the A-class including the standard diamond headlight cluster and optional LED headlights. There will be revised lighting arrangements at the rear of the vehicle as well.

The naming structure should also be revised with the CLA ready to embrace new and simplistic nomenclatures of the entire Mercedes Benz lineup. The petrol versions of this car will only have specific numbers for identifying their variants and the diesel models usually recognized as CDI will only have a d after their names now. These pictures have sparked huge excitement amongst Mercedes Benz fans and connoisseurs. It now remains to be seen when Mercedes brings out the brand new CLA Shooting Brake.