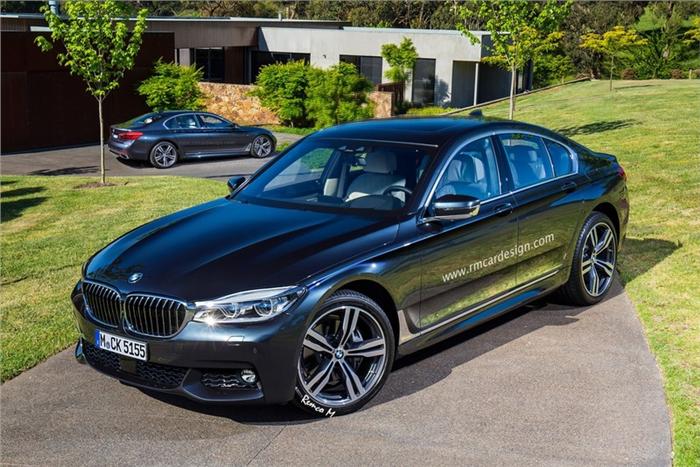 BMW will be launching its all new 5 series next year and this is slated to come with an entire lineup of hybrid, diesel and petrol power-trains. There should be a toss-up between nine speed automatic and six speed manual gearboxes.

The luxury 5 series sedan will see its next generation model unveiled at the Paris Motor Show next year. The new vehicle will possess compact and streamlined design touches and styling in comparison to the present car. Technology will be shared with the all new 7 series that has already made its global debut in 2015. The new generation 5 series will come with a kidney grille that looks more prominent and attractive in addition to dynamically designed louvers that can close and open up according to one’s needs. Laser headlamps are optional while the shoulders of the vehicle are more pronounced in comparison. The car also comes with LED tail lamps and a sleeker design profile. The rear windshield also seems a little heavy in comparison to the present car.

This 5 series will come with the OKL platform that is also used in the new 7 series. The car will be lighter by a whopping 100 kg owing to carbon fiber, high tensile steel, aluminum and magnesium usage. The dashboard should come with a multi-function steering wheel and a similar layout in addition to the switchgear, digital instrument cluster and free standing infotainment display. The car will also come with a four cylinder 2.0 litre diesel and petrol engines with varied levels of tuning. There should be a 3.0 litre six cylinder petrol variant and several diesel engines including the quad-turbo diesel and the 4.4 litre V8. Hybrid power-trains should be available from the new 7-series on the plug-in mode while the V8 engine from the M5 will also be used.

The contemporary iDrive system will be integrated into the car along with a new touch screen, touchpad, gesture control with sensors, voice recognition and pinch to zoom and swipe. The vehicle should also have autonomous emergency braking, anti-collision systems and hands-off operational abilities. Touring, sedan and GT body styles will be available for the new 5 series. The sedan will be debuted at the Paris Motor Show.