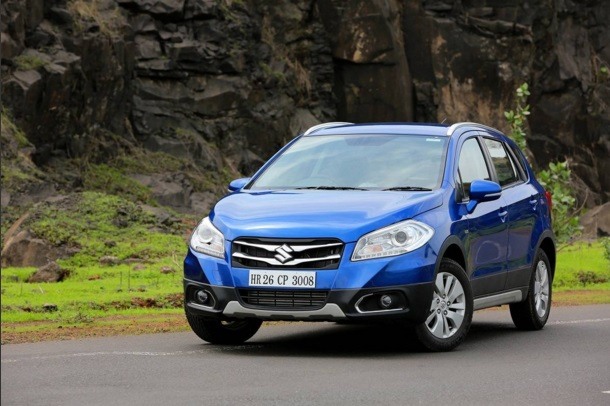 This is being hailed as a unique and bold move in the automobile industry considering that the International Tennis Premier League is set to create a huge splash by way of publicity, viewership, TRPs and overall acceptability in the country. The S Cross has tied up with the Micromax Indian Aces franchise who won the initial season of the IPTL in 2014. This unique association was announced by the executive director, marketing & sales, Maruti Suzuki India, RS Kalsi. The managing director and founder of the International Premier Tennis League, Mahesh Bhupathi was present along with the co-owner of Micromax Indian Aces, Gulshan Jhurani and World No.1 women’s doubles icon Sania Mirza. The announcement was made at the Delhi Lawn Tennis Association Complex on Friday.

According to Mahesh Bhupathi, the IPTL is a potent platform with manifold brand opportunities for communication of the right brand values through suitable tie-ups and associations. He expressed his delight at the association of a premium product such as the S-Cross by Nexa with the Micromax Indian Aces who won the last season of the Coca Cola IPTL. The association reeks of huge potential and a promising journey ahead for the Indian Aces according to him.

Kalsi also expressed his delight at partnering with the champion team for this season. According to him, this league will definitely attract tennis fans in huge numbers. This season brings together tennis legends, present champions and future prospects in a unique format that has never been witnessed before according to him. This factor alone makes IPTL a hotspot for brands according to him.