The plan created by Maruti states of how the company will purchase vehicles from a subsidiary of Suzuki named Suzuki Motor Gujarat (SMG). 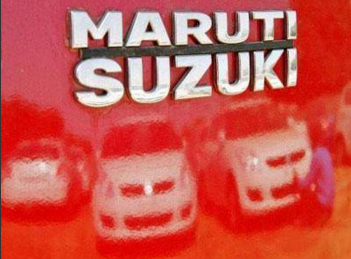 Reputed global advisory firm Glass Lewis has recommended voting for the resolution through which the largest vehicle manufacturer in India seeks approval from minority shareholders for the establishment of a new factory in Gujarat by Suzuki Motor Corp, its Japanese parent. Domestic proxy advisors like InGovern and IiAs had asked shareholders to oppose the plan while SES remained in favor of the same.

According to Glass Lewis, business management and operations including interested party transactions are the sole purview and responsibility of the board and management. According to its report, board members have accountability on such issues at the time of re-election. The board and management should determine the operational decisions for the future taking the present context into account. Post reviewing the proposed agreement, the advisor is of the opinion that shareholders may stand to gain more from the Gujarat project.

As per Maruti’s proposal, it will be buying vehicles from the Suzuki subsidiary in Gujarat. This led to concerns over whether Suzuki would sell these cars at higher prices to Maruti in place of rates that would have been possible upon self production. Glass Lewis feels that costs of building new production lines will not be incurred by Maruti but by controlling shareholder Suzuki. Through such beneficial financing, Maruti will be empowered to redirect capital for additional business activities or even retain the same for greater profits of shareholders.

In spite of SMG building and operating the new production facility, Maruti will possess control over operations through its coordination committee which will fix production volumes and model production issues. This can positively impact all considerations paid to SMG according to Glass Lewis. Running SMG on the no profit no loss basis, Maruti will be empowered to source vehicles almost near their cost, thereby allowing for selling the same for higher profit. In case the agreement expires, Maruti will possess adequate options for purchasing MSG share capital to be determined on the book value basis.

Additionally, since Suzuki will provide financing for the Gujarat Project, Maruti will also benefit through earnings on treasury income that is not invested in the same as per the Glass Lewis report. This report comes as a major vote of confidence for the Indian auto giant.