Tainted by the emissions scandal, German carmaker Volkswagen is maintaining a low profile at an important auto show in the United States. The company is currently preparing to meet regulators. Flashy presentations and promising speeches by the company were nowhere to be seen at Los Angeles Auto Show. However, Michael Horn, the Chief Executive of Volkswagen in the US appeared at the auto show. 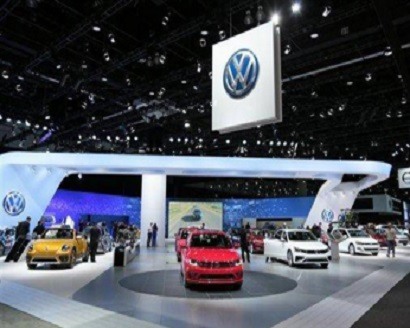 Horn did not discuss details regarding its impending interactions with federal regulators. However, he clearly expressed regret over the scandal which has given a heavy blow to the reputation of the automaker. Horn told reporters that there is a lot of support despite anger and frustration. These were the first comments he made about the scandal since his appearance before US Congress.

The reactions are completely understandable as the feelings are shared at VW North America. Volkswagen is reeling from revelations made by US regulators that the firm has installed software in diesel cars sold in United States that aided them to evade emissions standards. The firm later admitted that there are 11 million diesel vehicles all over the world that have been fitted with the software. The defeat devices switch on pollution controls in the car, when it is undergoing testing and switches off when it’s on the street. This allows the cars to emit harmful amounts of nitrogen oxide. Even though VW has apologized over its misdeeds, it also understands that apologies aren’t enough.

Horn has stated that around 1.2 lakh diesel car owners in US have signed up so far for goodwill compensation packages that include a Visa Card of $500 prepaid. Other perks included are free roadside assistance for 3 years and a $500 voucher for VW dealership services. Simultaneously, the carmaker is pulling out all stops to restore its tattered strategy in the US, where it had hoped to take over General Motors and Toyota in terms of auto sales prior to the scandal.