Honda released teaser images of the new updated CB500X ahead of the Tokyo Motor Show for the 2016 model year. The new 2016 Honda CB500X receives very modest updates similar to the other updated bikes such as the 2016 Honda CBR500R.

Along with the press release for the 2016 CB500X, Honda also announced that its bigger sibling, Honda NC700X, will also be getting some new updates on the same lines.

The Honda CB500X is the smallest-displacement adventure-tourer from Honda’s stable. The 2016 Honda CB500X will retain the same 471cc liquid-cooled parallel-twin DOHC engine which has proved to be versatile and also fuel efficient.

For the 2016 model year, the Honda CB500X sports a new LED headlight and tail lamp assembly. The overall new styling is more edgy, sharper and masculine along with a new stylish muffler design. It features a 10cm taller windscreen and adjustable brake and clutch levers to improve riding comfort. The front suspension gets an update with externally adjustable fork pre-load. Other ergonomic changes for the CB500X include a newly designed hinged fuel cap and a “wave” style key which are made standard for all new 2016 machines from Honda. Mechanical updates include a refined transmission to provide better gear-change feel.

The 2016 Honda CB500X will be offered in Japan with a smaller 400cc capacity engine as the Honda CB400X has to comply with the local regulations. Elsewhere around the world the bike will be of 500cc capacity. 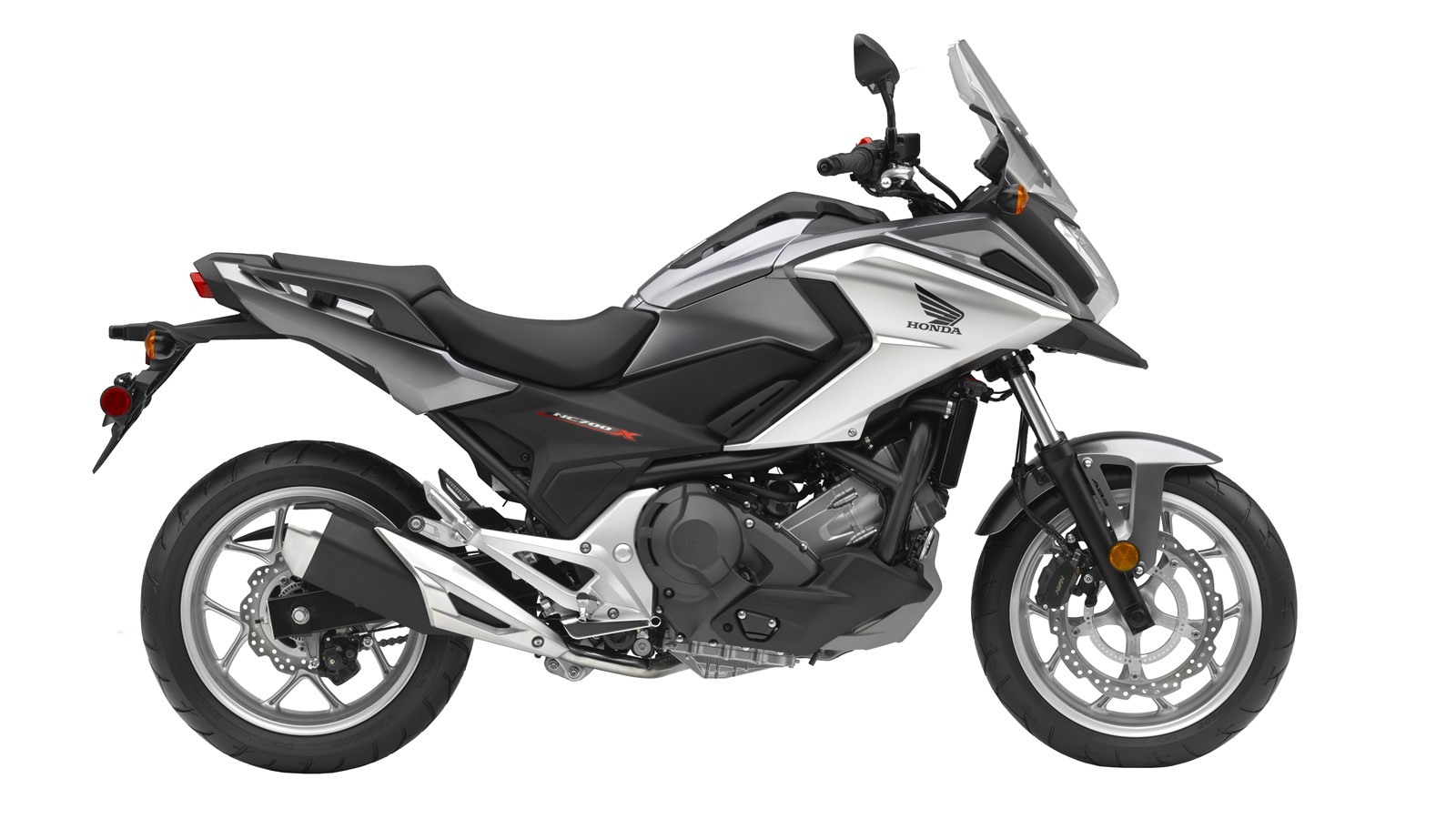 The Honda NC700X for 2016 receives some more serious updates. The bike will be powered by the same 670cc liquid-cooled parallel-twin engine. The new 2016 Honda NC700X will be offered in two versions, one with a standard gearbox and another with a fully automatic Dual Clutch Transmission with three sport-mode settings. The other updates include a revised windscreen and meter console, LED tail lights, bigger utility compartment, pentagon shaped muffler with improved exhaust sound and the smoother functioning “wave” style key.