Home » Aasaan Hai Badalna » CashNoCash – Built By The People, For The People
Views: 2,660

Change doesn’t happen overnight. And neither does a revolution. But there is one thing common about both. They are easier than we think.

With the wave of change that has swept the nation in the past few days, much has been written & spoken about how the masses are struggling. The abrupt shortage in liquidity has led to a nationwide halt in simple everyday tasks like purchasing lentils from your local grocer’s or buying medicine for that unexpected sniffle.

And that’s exactly why we decided to build a capability that’ll ease your troubles. An online service that will allow you to access real-time availability of cash – at ATMs, banks, post offices and other similar locations around you. Supported by NASSCOM & powered by Quikr, CashNoCash is our brainchild, created with the sole purpose of helping you find working ATMs near your location. 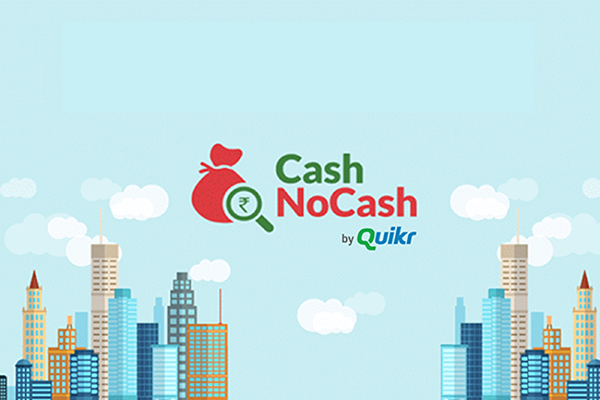 All you really need to do is punch in your pin code and we’ll help you find cash in no time. And while you are at it, you should know that this data is curated by you, the people. CashNoCash relies on a crowd-sourcing model, allowing you to share updates about cash availability at locations near you.

From locations as diverse as Silchar in Assam and Kudankulam in Tamil Nadu, user adoption has picked up much faster than we had anticipated. And the reason is simple enough – CashNoCash is a simple hassle-free solution which allows you to find cash in a smart way without having to perspire in queues for hours. Owing to the initial success of the website reflected in the 9 million unique visitors, we launched the service on Android and iOS to make it more accessible to the masses. Not only that, users have shared updates for over 2.5 million ATM locations since launch. Here’s a quick glance at what some of the early adopters had to say. 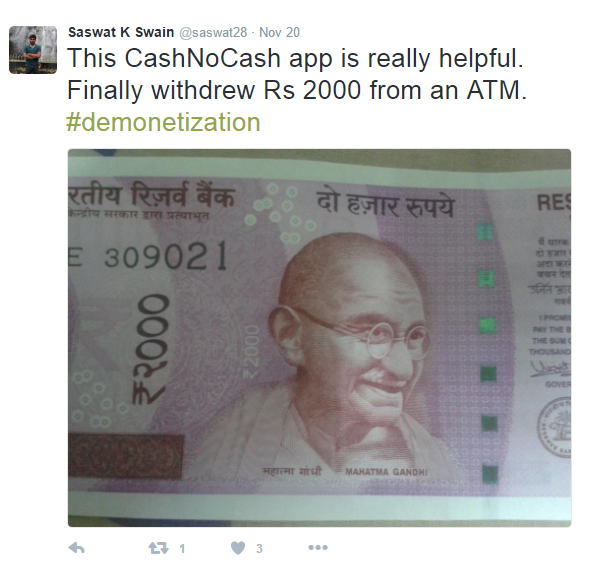 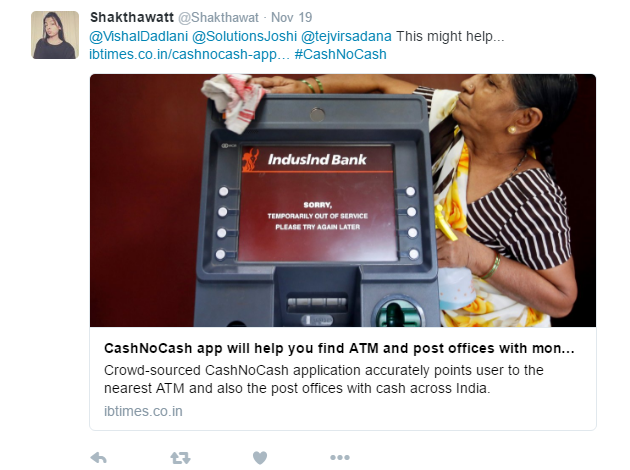 The impact of a new financial construct on a nationwide level will not be as fluid as expected, but we are right here – standing by you – hoping to streamline the transition through this change. Because… and you guessed it right – “Aasaan hai badalna”.

Article Name
CashNoCash - Built by The People, For The People
Description
With the wave of change that has swept the nation in the past few days, much has been written & spoken about how the masses are struggling. And it has led to a nationwide halt in simple everyday tasks like purchasing lentils from your local grocer's or buying medicine for that unexpected sniffle.