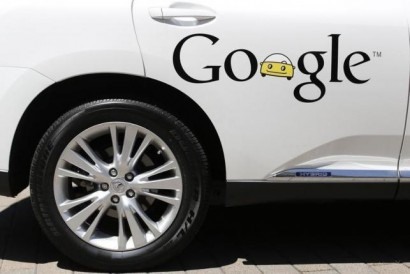 A Google self-driving vehicle is parked at the Computer History Museum after a presentation in Mountain View, California May 13, 2014. REUTERS/Stephen Lam

Some of the most iconic and popular makers of new cars in the US including Ford and General Motors, have expressed interest in working with tech major Google. This would mainly pertain to the development of self-driving technology and the creation of vehicles using this technology from Google.

Google’s pioneering self-driving car technology is attracting top automobile companies in the US. General Motors, Fiat Chrysler and Ford are currently in talks with Google with regard to laying the foundation for autonomous cars in the future. Google and Ford are currently discussing a joint venture to develop cars with Google’s innovative technology. Even General Motors had earlier expressed its interest, stating how its manufacturing expertise would be a good foil for Google’s technology. Fiat Chrysler Automobiles has also expressed interest in working with Google and other tech companies like Apple on autonomous driving technology.

The automobile industry is steadily waking up to the age of software and technology centric vehicles according to experts. This is making automobile companies court Google in a bid to use the latter’s technology for their products. This would be a relationship that is mutually beneficial. Google and Ford may even announce a joint venture at the Las Vegas Consumer Electronics Show in January, 2016. Google has talked about its future goal of changing the idea of mobility for millions of global citizens. A deal with Ford may not hinder Google’s collaboration with other car companies. Self-driving technology is the next big thing and several companies can sense it.