An HSPCB scientist has talked of how the diesel ban in Delhi-NCR could bring down pollution levels by almost 30%. 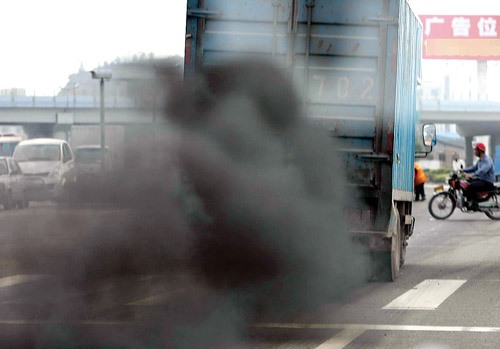 The ban on registration of new diesel vehicles is being considered a temporary solution for tackling overwhelming pollution levels in the Capital. However, environmental experts are now saying that it can be reduced by a whopping 30% if the number of diesel vehicles on roads is reduced. As per a scientist with the Haryana State Pollution Control Board or HSPCB, 60% of most diesel vehicles do not undergo regular servicing and this makes them major pollutants.

More than 90% of particles that are emitted by diesel engines are immensely fine and this scales up pollutant levels considerably. CNG is a good alternative to diesel and will contribute towards bringing down pollution. HSPCB has already dispatched a letter to the transport and road authority with regard to not issuing fitness certificates to diesel autos. There are in excess of 35, 000 diesel cars used for public transportation and this comprises of buses, autos, private taxis and more.  The Centre for Science and Environment (CSE) has already shown that diesel engines contribute primarily to oxides of nitrogen and particulate matter. An average diesel engine produces 12% carbon dioxide, 59% nitrogen oxides and sulfur dioxide, 17% ozone gas and water vapor.

CNG engines have 80% lower nitrogen oxide emissions as compared to diesel engines. Doctors have already gone on record how respiratory ailments have gone up in the country. Long-term pollutant exposure leads to several ailments like chronic bronchitis and asthma along with reduced lung functions. Carbon monoxide impact is quite deadly and can also cause death when trapped in our atmosphere. This means greater worries for owners of new and used cars using diesel engines.