According to sources, the YBA Maruti compact SUV could be launched at the 2016 Auto Expo. The car is currently in the final testing stages. 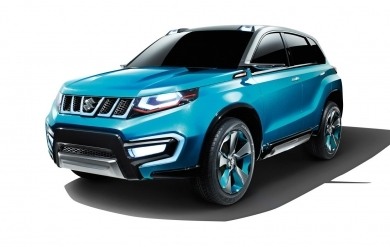 Maruti Suzuki, India’s biggest carmaker, is ready to launch the YBA compact SUV. The company has been testing this Ford EcoSport competitor for a year. This will give Maruti a shot at a highly lucrative segment which is currently dominated by the likes of the Mahindra TUV300 and Ford EcoSport. This will be positioned just below the S-Cross premium crossover in Maruti’s product range. However, it still remains to be seen whether this car will be sold at premium Nexa outlets or regular dealerships.

The car will be under four metres and will have a rugged and muscular design. The car is greatly inspired by the Suzuki Vitara SUV which is sold globally. The car will come with angular tail lamps, a tapering window-line and a stylish lower air dam. The grill will have enhanced chrome touches like the S-Cross. The floating C-pillar also helps infuse a cockpit-like interior appearance. The YBA should come with the SmartPlay system from Maruti for the higher variants while top variants should have 16 inch alloy wheels.

Maruti is expected to use current diesel and petrol engines for this car. These may include the 1.4 and 1.2 litre petrol motors in addition to the diesel 1.3 litre Fiat sourced engine. The new SUV may also come with Maruti’s first ever in-house diesel motor. However, this may be a tangible development in the near future. The actual name of the SUV remains unclear though the iV-4 seems a likely name according to sources.