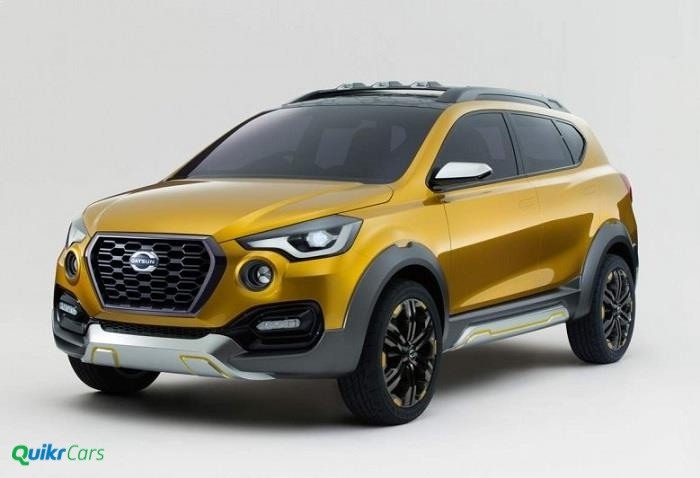 Nissan is getting ready to launch the Datsun Go-Cross, which is based on the Go+ MPV and shares the same platform. The Go Cross is a classic crossover which sports a rugged look and is accentuated by chunky body claddings, raised proportions and contrast skid-plating at the front and rear.

The car has a quad-element headlamp setup while the LED daylight running lamps (DRL’s) are positioned within the air inlets, high up on the bumper. A skid-plate in contrasting silver adds to the styling and rugged appearance. There is a lot of body cladding and the stance is enhanced by the window line which rises sharply upwards, towards the roof-rails. Large alloys add to the tall stance of the car, giving it a meaningful look.

At the rear, the Go-Cross sports a spoiler mounted on the roof, while the bumper is suitably sculpted to enhance its crossover appearance.

The Go-Cross is expected to be fitted with the 1.2-liter three-cylinder petrol engine as standard offering. There is also a possibility of the 1.5-liter diesel engine that powers other vehicles from Nissan and Renault. These engines will be mated to a five-speed manual transmission.

Datsun is expanding their lineup in India, and the Go-Cross will be making it into the Indian market in 2016.