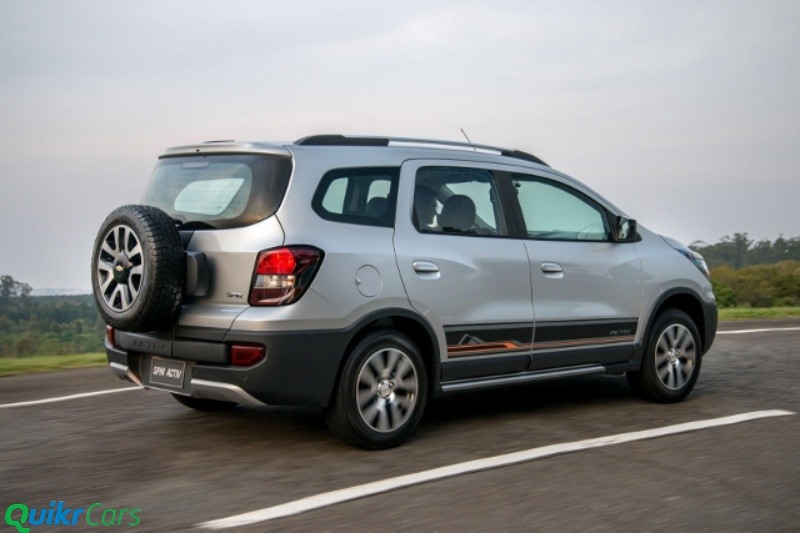 General Motors will be launching the Chevrolet Spin Activ in the Indian market in 2016. The Spin Active is based on the Spin MPV, with sporty undertones to take on the compact SUV segment in India and will most likely be called Ultiva. The Spin Activ is a compact SUV which will be competing with the Ford Ecosport and the Mahindra TUV300.

This SUV will be powered by a 1.3-liter diesel engine that will produce about 90bhp of power and 200Nm of maximum torque. The Spin Activ / Ultiva will be made available with a diesel engine and there will not be any petrol option. It will be manufactured in the company’s Talegaon plant as the American automaker is looking at moving its manufacturing base to India from Indonesia and also closing down its Halol plant in Gujarat. The company’s Talegaon plant is equipped with engine manufacturing as well GM is looking at making a single base in Talegaon..

The Chevrolet Spin Activ / Ultiva is a five-seater SUV and it will be priced around INR 7-11 lakhs (on-road). It will come loaded with features like in-dash touchscreen system with Bluetooth integration, steering mounted audio controls and reverse parking camera. The Spin Activ / Ultiva will feature a tailgate which is similar to the one found on the Avventura, which requires opening the the spare wheel carriage to access the boot. This design, though cumbersome to use, is essential for a boot lid that opens upwards, to avoid the load of the spare wheel to disrupt the functioning on the boot lid.