The new hatchback Zica from Tata has been leaked before its official launch. The car should be launched in 2016.

Tata Motors had recently stated that its eagerly awaited compact hatchback would be called Zica. This new model has now been leaked in its final production stages via a series of spy shots. When it comes to design, considerable effort has been put into creating a whole new design language for the Zica family. The new design language of Tata Motors has been aptly showcased through this car and it looks unique in comparison to other vehicles from the company. The front area gets a widened grille that ends in a hexagonal manner on the sides of the vehicle. The honeycomb design is followed along with a prominent logo placed at the centre. 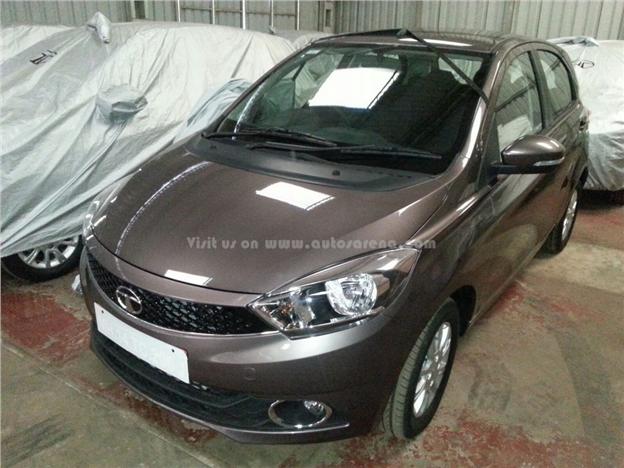 A fresh design template has been followed for the headlamps while there are black inserts as well. The grille is merged nicely with the same. There is a clamshell bonnet with prominently visible creases on both sides. The front bumper possesses an air dam with a couple of horizontal slats and round casings for the fog lamps. The Zica also comes with a window line that slopes upwards till the end and this gives it a sporty touch of its own. There is a character line running from the front fender till the rear and this also encompasses the door handles. The wing mirrors seem quite similar to both the Zest and Bolt.

The Zica gets a wrap-around set of tail lamps that are shaped like petals. These extend towards the sides quite noticeably indeed. The windscreen at the rear is big enough and so is the boot lid. There is a conveniently lowered opening for easier loading and unloading. The rear bumper is uncomplicated and displays the number plate. The car in the spy images should be the top variant which indicates that there will be ample features in the Zica. The top model should be coming with alloy wheels, fog lamps, parking sensors, chrome touches on the grille and a rear wiper.