The all new iconic SUV from Nissan will get a 2016 launch at the Delhi Auto Expo. This car will be primarily sold as an imported vehicle.

Nissan is set to reintroduce its earlier flagship, the X-Trail SUV at the 2016 Delhi Auto Expo. The car was slated to get a Diwali launch but as per sources, this was delayed owing to decisions relating to the right price band. 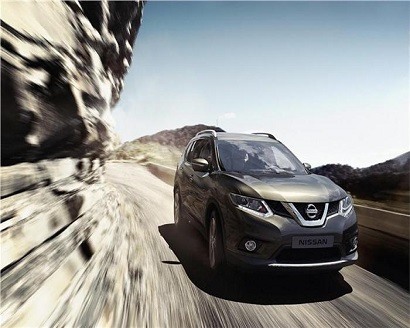 The X-Trail was Nissan’s first official vehicle to be sold in India in the year 2004 through a national sales network created by the Japanese giant. However, the last generation car was discontinued in 2014 owing to low demand levels. The new generation was first showcased at the 2013 Frankfurt Motor Show. This looks sleek and stylish and shares design elements with the Nissan crossover range including the Qashqai, Juke, Patrol and Pathfinder. The X Trail makes use of Nissan’s modular CMF platform now and this will be the foundation for future products from the company.

This is an on-road car and will come with the electronic 4WD system in addition to Nissan’s path breaking 2.0 litre dCi engine and CVT gearbox. The cabin gets chrome, black and beige in addition to a piano black finish for the central console. The car also comes with Active Ride Control for suspension adjustments post road scanning and is a seven seater. This car will be an import without local assembling. This makes the car quite expensive and it should be priced between INR 32-35 lakh which is way costlier than rivals like the Honda CR-V and Hyundai Santa Fe. With this car, Nissan is looking at positioning itself as a maker of premium and attractive SUVs and is not focusing on huge sales volumes right now.