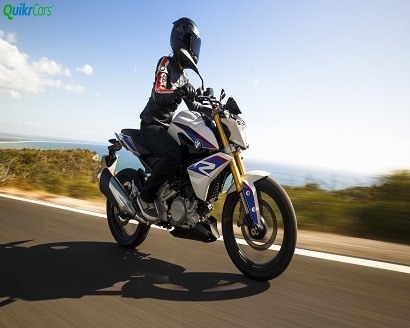 TVS entered into an alliance with BMW Motorrad, the motorcycle division of the BMW Group for building a sub 500 meter motorcycle two years ago. The 310 R is the first product resulting from this path breaking joint venture.

TVS is still catching up with Hero MotoCorp, Bajaj Auto and Honda in the Indian motorcycle segment. The company has five products in its kitty and possesses approximately 7% share of the domestic market. However, the company looks set to enthuse patrons and loyalists once again with the introduction of the 310 R, the first product manufactured under its joint venture with BMW Motorrad, the motorcycles division of the BMW Group. The bike should certainly boast of German design finesse coupled with top notch quality. The two companies had come together for creating a sub 500 meter motorcycle around two years ago.

BMW Motorrad is synonymous with brawny and muscular motorcycles and has a full line up consisting of Roadster, Sport, Enduro and Tour among other categories. BMW’s motorcycles have always been popular amongst Indian biking enthusiasts including BMW S 1000 RR and BMW K 1300 R which have been used in popular Indian movies like the Dhoom series. TVS has a performance bike lineage including the Apache 160 RTR and Apache 180 RTR. The latter came with ABS, one of the first in the country to come with the same. The 310 R should carry forward the high performance image of the TVS brand.

The 310 R will be coming with cutting edge German design touches and should resemble the BMW Motorrad R 1200 R and F 800 R to some extent. The 310 R should be coming with a 313 cc four valve liquid cooled single cylinder engine which should be dishing out 34 BHP at around 9000 rpm. This should be the smallest bike in the Motorrad lineup. This bike will be competing with biggies like the Kawasaki Ninja 300, Honda CBR250 and Mahindra Mojo among others.