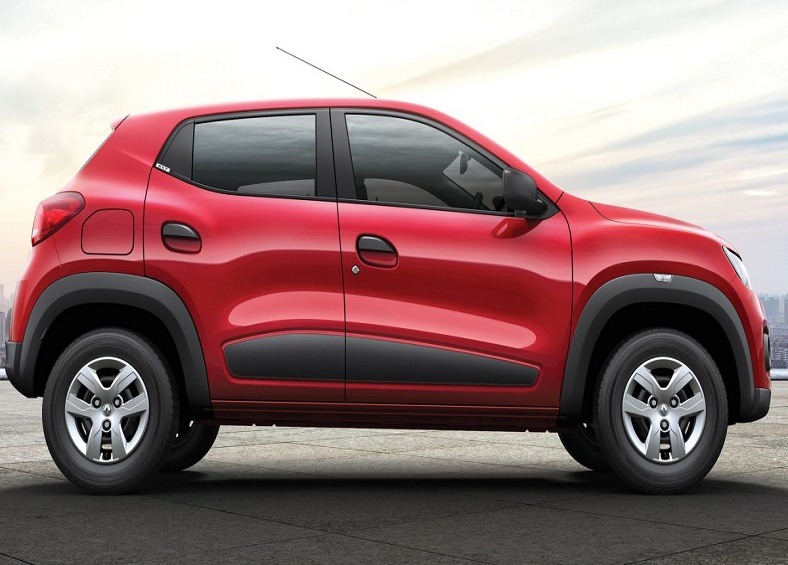 The Kwid is Renault’s entry level car and is present in the small car segment in India. The Kwid is an indigenously developed product and has heavy localization. It comes in six variant options which are Standard, RXE, RXE optional, RXL, RXT and RXT optional. The top-spec RXToptional gets a 7-inch touchscreen Media-Nav system, digital instrument cluster, remote keyless entry with central locking, one-touch lane change indicator and front fog lamps as standard.The Kwid has a SUV inspired styling and also the proportions are similar to that of an SUV. The Kwid is a practical and very fuel-efficient car. It is built with 98 percent localization, thus making it economical to buy and run.

The Renault Kwid is based on the CMF-A platform, which is Renault’s latest platform for emerging markets, globally. The Kwid is a car with a very contemporary design, that resembles an SUV. The flared wheel arches and a tall stance giving it a muscular appearance. It has honeycomb front grille that houses a large Renault logo between the sleek headlamps. It has an aggressive front bumper design that protrudes out and embeds the fog lamps. 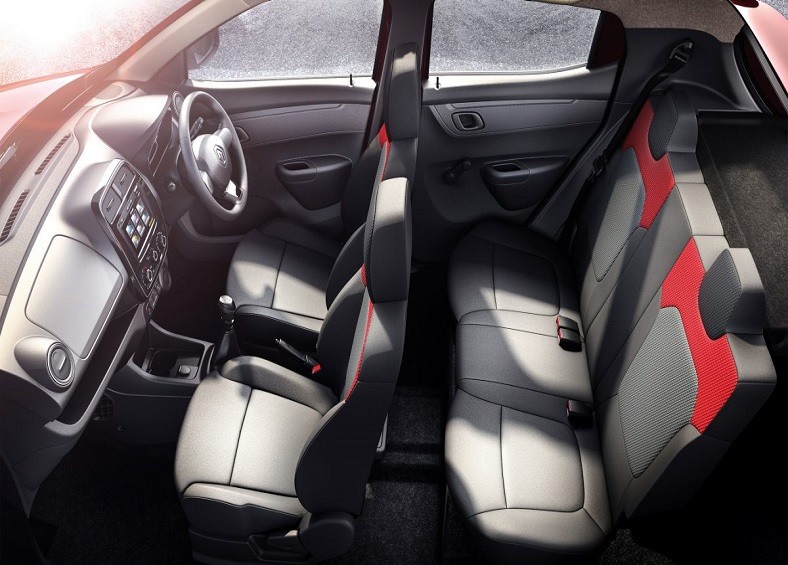 The side profile further adds appeal with the cladding on the rectangular wheel arches that give a very SUV like look and windscreen is sharply raked backwards. At the rear, the plastic cladding is placed below the boot and houses the number plate. The rear bumper has black trim on its base, similar to an SUV and a sculpted tailgate with wrap-around tail lamps. The Kwid is 3679mm long, 1579mm wide and 1478mm tall and has a wheelbase of 2422mm. The ground clearance is 180mm, the highest in its class. 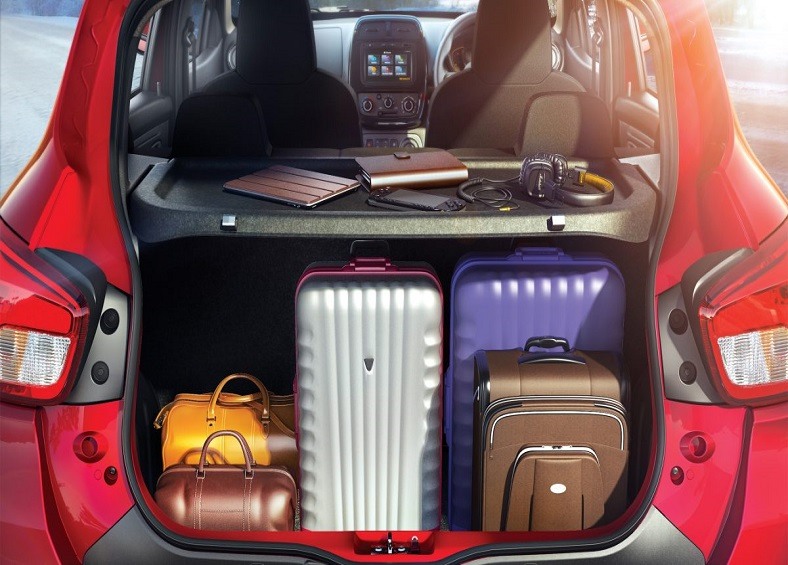 The interiors are well laid out in the Kwid. The dashboard is simplistic and has minimal lines to help it appear bigger and wider. There is a large centre fascia on the dashboard, in piano black and chrome colour combination. In the top-end variant, the centre console has a seven-inch touchscreen with a Media-NAV system. It includes Bluetooth telephony and audio streaming alongwith USB, AUX-in ports and speed sensing volume. The black and grey colour interiors have red colour accents that give it a fresh and sporty look. The two spoke steering wheel provides a four way adjustment with rake and reach. The instrument cluster is a fully digital one and it includes a trip computer and also a gear shift indicator. Power windows switches are on the dashboard, below the AC controls.

The Kwid has a three-cylinder 800cc, 12-valve engine that produces a power of 52bhp @ 5678rpm and a torque of 72Nm @ 4386rpm. This engine is mated to a five-speed gearbox. The engine is designed keeping in mind the light weight of the car which is 669kgs, and is the lighest in its segment. The engine offers good low end torque for easy commuting within the city. Though being light, the car is robustly built and also meets all safety requirements. It also has a light clutch that reduces stress while driving. The Kwid has a very refined ride quality. The suspension setup is well balanced and perfectly suited for Indian roads conditions. The handling of the car also is by far the best in its class. The electric power steering is light, well-weighted and also very responsive, being neither too light nor heavy. The brakes are decent and work well. There is no ABS available as of now on any of the variants.

The Renault Kwid is the most fuel efficient car in India, currently and has an ARAI certified mileage of 25.17 km/l. The high mileage is a result of a very frugal engine and also the lightweight construction of the car that keeps the engine load at minimum.

The Kwid comes with an option of Airbag on the top-end RXT variant. The car has a high strength frame construction. Other features like central locking, front disc brakes and tubeless tyres further add to safety and security. There is no ABS offered on any of the variants, as of now.