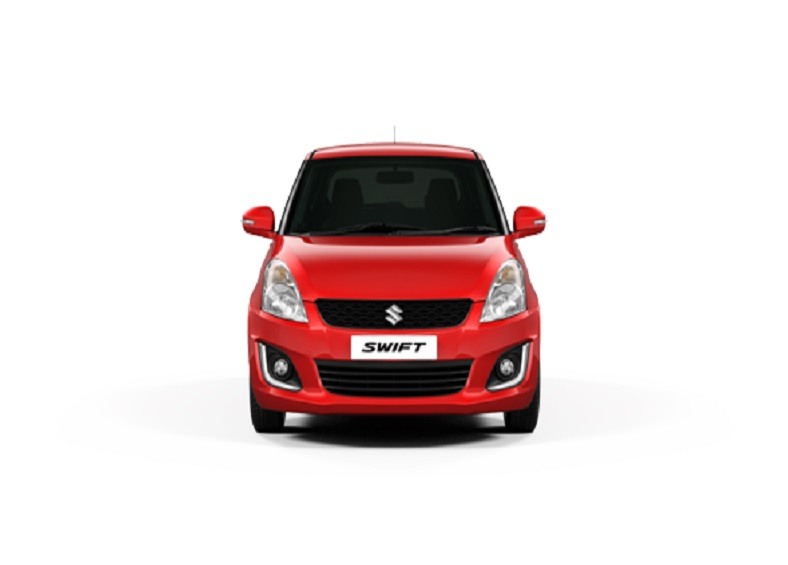 The Maruti Suzuki Swift has completed a decade in India and currently is in its second generation. The Swift has been a very successful car and continues to be a best-seller. The Swift is available in three variants and two engine options – Lxi, VXi and ZXi for petrol version and LDi, VDi, and ZDi for the diesel version. The currently sold second generation Swift shares the same design theme as the earlier Swift, however looks more contemporary and is also slightly larger, size wise. The Swift received a cosmetic upgrade in 2015 the petrol engine is a 84bhp, 1.2-litre petrol and the diesel is a 1.3-lire 75bhp unit. Both the engines are mated to a five-speed manual transmission. The Swift has built a sporty image over the years and is a proven hatchback in the Indian market.

The Maruti Suzuki Swift in remains similar in terms of design howver has a few elements included in it. A redesigned front and rear bumpers alongwith the fog lamp that gets a silver bezel around it.A new honeycomb grille is now a part of the hatchback.  New 15-inch alloy wheels and wheel covers on the 14-inch steel wheels are different too. The rear tail-lamps stretch further with a wrap around effect and come with clear panels. Dmensionally the car is 3850mm in length, 1695mm in width and 1530mm in height. The Wheel base is 2430mm and the ground clearance stands at 170mm.

The major changes are in the cabin of the Swift and it is now keeping up with the technological upgrades at par with competition. There is an improvemnt in fit and finish and the general layout. The Swift  features cruise control, keyless entry and a push button start. The top end versions have features like climate control, faux leather seats and a music system with Bluetooth, AUX and iPod compatibility, ABS and airbags as seen on the previous model too feature in the car. The car is spacious in the front however, rear legroom is less and the narrow window line further makes the rear feel smaller. The bootspace also is limited. 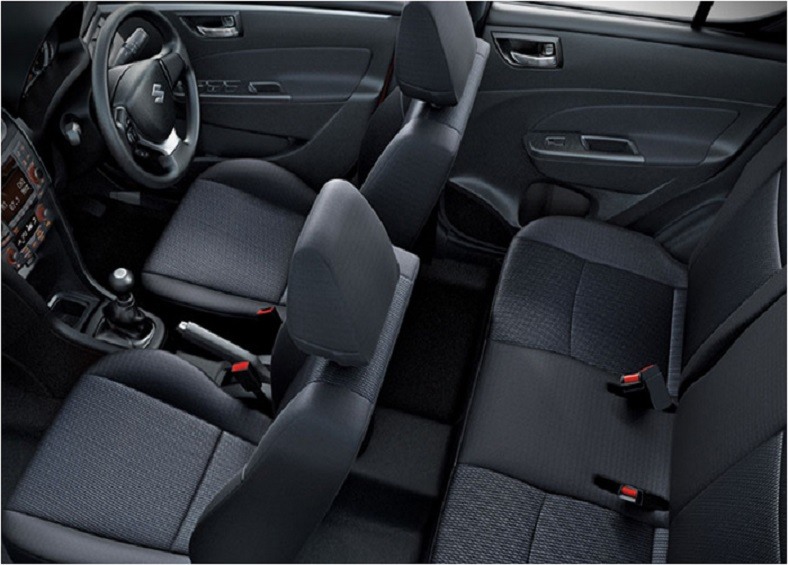 The Swift comes with two engine options. The petrol version is powered by a 1.2-litre VVT engine that produces a maximum power of 84bhp at 6,000rpm and 115Nm of torque at 4,000rpm. The diesel version has a 1.3-litre unit sourced from Fiat, which puts out 75bhp of power at 4,000rpm and a peak torque of 190Nm at 2,000rpm. Both these engines are mated to a five-speed manual gearbox. The Swift weighs 965kgs for petrol and 1060 kgs for diesel and the lightweight is useful to extract good performance from the engines. The 1.2-litre petrol is responsive and also offers good fuel efficiency. The diesel engine is also free revving but can get noisy at higher revs. The gearshift is smooth with short throws. The current generation Swift has an improved chassis that can take abuse of bad roads in a better way. Ride is superior to the earlier Swift and in terms of handling, it remains a fun to drive machine. The Swift gets disc brakes at the front and drums at the rear. The car also gets anti-lock braking system (ABS) with electronic brake-force distribution (EBD) but only in the VDi and ZXi/ZDi versions.

The Swift is known to be a fuel efficient car and continues that legacy. The petrol Swift claims a fuel efficiency of 20.4km/l, while the diesel unit in the Swift returns an impressive mileage of 25.2km/l.

The Swift comes with immobilizer on all variants as standard. It has features like dual airbags, anti-lock braking system (ABS) with electronic brake-force distribution (EBD) on ts higher variants. Reverse parking sensors are available only on the top-end trim. The vehicle also gets front disc brakes and security alarm system.