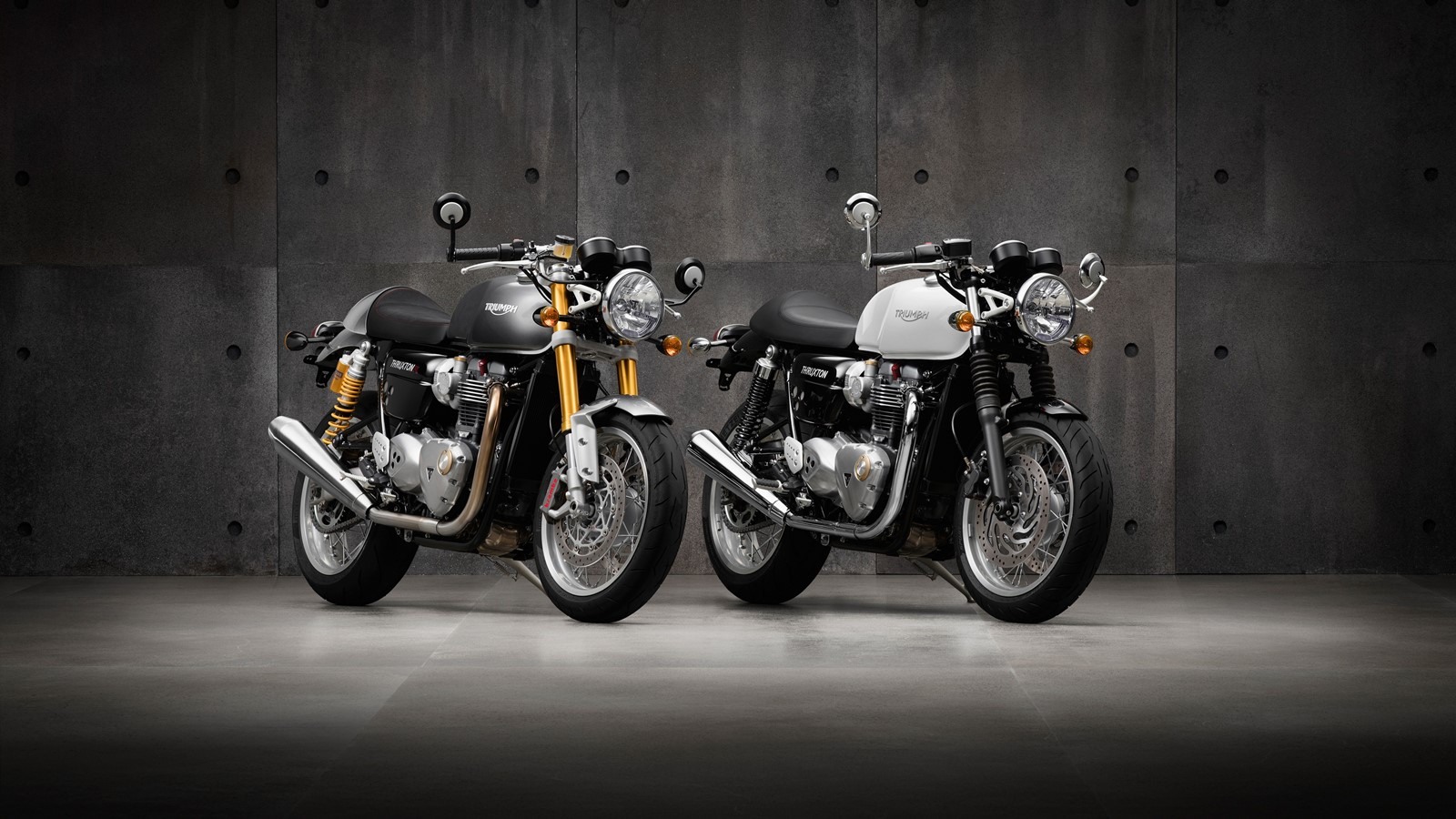 Triumph has unveiled five new revamped bikes in their ‘modern classics’ range. The new bikes in this range for the 2016 model year feature newly designed liquid-cooled engines with 900cc and 1200cc capacities. The new machines are the 2016 Triumph Bonneville T120, Bonneville T120 Black, Thruxton, Street Twin, and the Thruxton R.

The designers and engineers at Triumph faced a challenging job to develop the new 2016 Triumph Bonneville range. They had to develop bikes with modern technology without compromising on the classic aesthetics of the iconic Bonneville twins from the bygone era. The new modern classics are completely redesigned and re-engineered from scratch with a new engine, chassis, suspension and also electronics.

The contemporary Triumph Street Twin is powered by a new 900cc engine. The high torque liquid-cooled 8-valved parallel-twin engine develops a peak torque of 80 Nm at a low 3200 rpm. Compared to the older engine the new 900cc churns out a healthy 18% more torque. The engine is paired with a smooth 5-speed transmission. The styling of the Triumph Street Twin is inspired by the new age custom designs. The minimal stripped back styling is complemented by modern cast alloy wheels which enhance the complete look of the bike.

The Bonneville T120s and the Thruxton bikes are powered a new higher capacity 1200cc liquid-cooled engine. Even the new 1200cc engine is a high torque 8-valve parallel-twin mill similar to the new 900cc engine. The low-stressed 1200cc engine on the Bonneville T120 and Bonneville T120 Black develops a maximum torque of 105 Nm at 3,100 rpm which is a staggering 54% higher than the older Bonneville’s. However, the engine on the new Thruxton and Thruxton R is tuned to a much higher specification which produces a peak torque of 120 Nm at a higher 4,950 rpm which is an amazing 62% more than the previous generation Thruxtons.