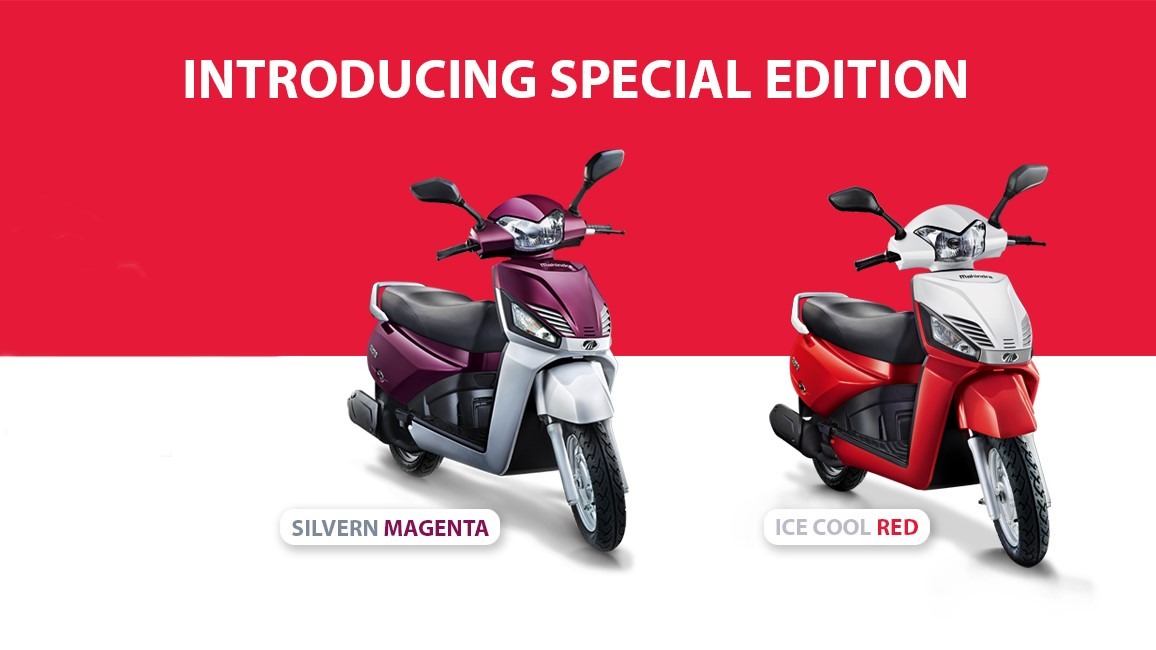 Following suit of its competitors, Mahindra have come out with the new special edition of their existing scooter to lure buyers during the festive season. The Italian styled Mahindra Gusto is the first global scooter which has been developed at the Mahindra Two wheeler’s state-of-the-art R&D centre in Pune.

The special edition Mahindra Gusto features a new two-tone paint scheme and will be available in two new colour combinations, Ice Cool Red and Silvern Magenta. Apart from the cosmetic colour changes, the new scooter does not come with any other mechanical changes.

The highlights of the Mahindra Gusto have been its exciting features that are not available on any other scooters in the market. The Mahindra Gusto has a height-adjustable seat, a flip key with remote that can activate the ‘find me lamps’, easy front kick-starter, quick access under seat storage and guide lamps.

The Mahindra Gusto is powered by a 109.6cc air-cooled single cylinder four stroke M-TEC engine which produces a maximum power of 8 bhp at 7,500 rpm and 9 Nm of torque at 5,500 rpm. The engine is paired with a Continuously Variable Transmission. The Mahindra Gusto can manage an ARAI-claimed fuel efficiency of 63 km/l. This should translate to a real world efficiency of at least 40 kmpl.

The Mahindra Gusto comes with larger tubeless 12-inch tyres compared to the 10-inch tyres found on the scooters by its competition. The tyres coupled with the front telescopic forks provide very good handling and also offers great ride quality and comfort.

The Mahindra Gusto has been doing well since its release last year. It has recently cropped up into the top ten selling scooters list and is lagging behind the Honda Aviator by just a mere 100 units which is quite a feat for the Indian manufacturer.

The company is also offering free vehicle insurance along with its Gusto scooter range as an offer for the festive season. The Mahindra Gusto is currently available in three different versions, DX and HX and the new special edition VX. The special edition colour scheme is available only in the VX variant and is priced at INR 49,350 whereas the regular VX model costs INR 48,850.