Last year Yamaha revealed the new updated YZF-R1 for 2015 along with the YZF-R1M at the 2014 EICMA in Milan. The response to the new Yamaha YFZ-R1 was overwhelming and it floored the super-sport class completely with its performance. The new R1 was designed with the core reason of destroying the competitors in all racing leagues. But, all the awesome high-tech performance came at a price. It went up to be one of the highest priced bikes in its class and would bore a deep hole in the pocket of a buyer.

This year, Yamaha went ahead and revealed a third version of this fast beauty. This time though, they were targeting the customers on a budget. The new R1 is known as the Yamaha YZF-R1S and will cost a whole $1,500 lesser than its base model the YZF-R1 which is priced at $16,490. In terms of Indian rupees that would be a reduction of INR 1.3 Lakhs. Although it still does not really make the Yamaha YZF-R1S cheap. 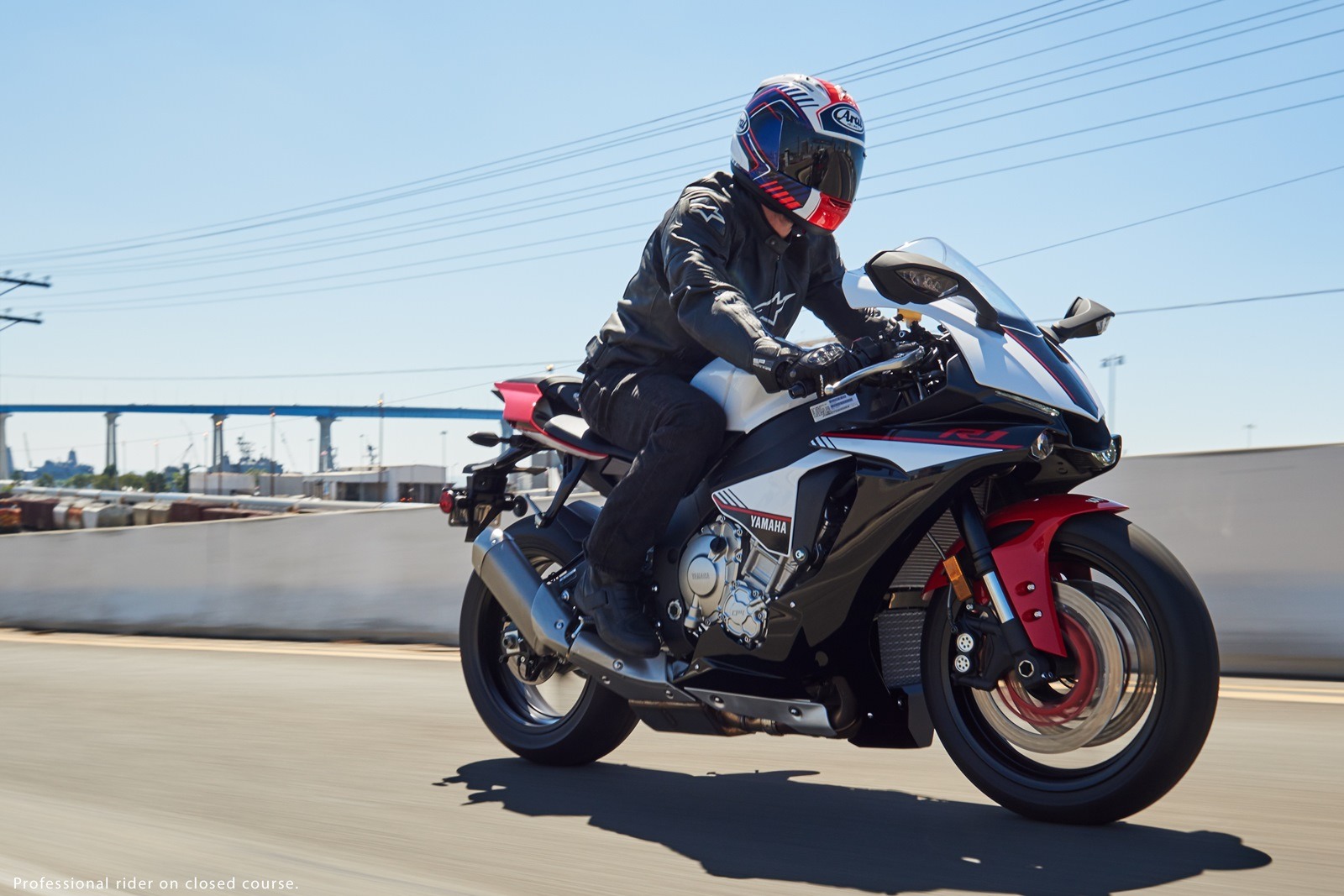 Yamaha have managed to cut down the price at the expense of replacing a few exotic materials and parts that we have seen on the original YZF-R1. That does not mean that the new R1S loses out on its amazing track-oriented DNA. The bike will lack many of the magnesium parts such as the oil pan, engine covers and wheels which will be replaced by parts made of aluminium alloy. The titanium connecting rods and the exhaust headers are replaced by ones made of steel. All the above changes leave the new Yamaha YZF-R1S heavier by almost 4.5 Kg. It would also lose the quick-shifter as standard but it will still be available as an option. The other final change would be the tyres where the R1S would be shod with Bridgestone S20 instead of the track-focused Battlax RS10 tyres.

Although the Yamaha YZF-R1S gains around 4.5 Kg, the difference in performance would not be significant when it comes to street oriented use. But, the changes would surely have an impact on the track oriented performance of the bike mainly due to the added weight and the lowering of the red line RPM. This is the direct effect of replacing the titanium connecting rods with steel ones. There would also be a slight loss of power from the engine but Yamaha would not reveal how much at the moment.

Looking at the brighter side, and considering that the new YZF-R1S’s chassis, suspension and the electronic packages are left untouched, its sure to have the enough oomph to live up to the fame of the base model YZF-R1 from which it is watered down. The R1S will be available in two colour options, one the matte grey and the other an intensity White/Raven/Rapid Red scheme which would be exclusive for the R1S. The new Yamaha YZF-R1S will be available in showrooms all over the world by February 2016. Hopefully, the Indian shores would see the new R1S at the same time too.