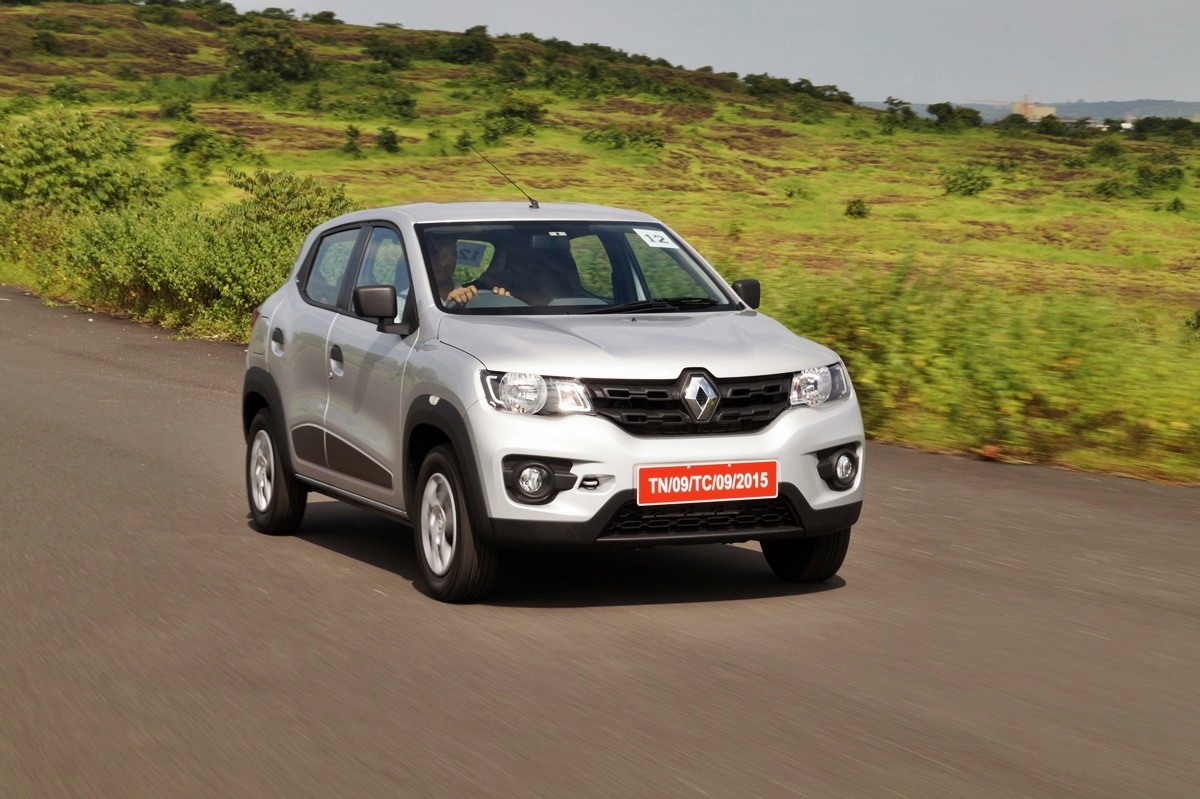 Renault’s stint in India has been full of ups and downs. Right from the days of their first product – the Logan, followed by a few more which didn’t exactly become successful, until the Duster. This compact SUV changed the fortunes of Renault in the country and went on to become a hot-seller, thereby creating a new segment. The recent launch, Lodgy, again is struggling to find respectable sales figures and the Duster has come under threat from competition. At this time it seems that Renault has hit a masterstroke with the launch of their new small car, the Kwid. Has it? We are Quikr and we tell you if you should consider this new hatchback? We have a detailed report.

The Kwid is Renault’s debut in the entry level passenger car market and will compete with the likes of Maruti Suzuki Alto 800, Hyundai Eon and Tata Nano. The interesting thing to note is that this car has been designed and developed completely in India. The Kwid is based on an all-new platform called the CMF-A, which stands for Common Family Module. This new platform will be the base for other product as well, under the Renault-Nissan alliance. This has 98 percent localisation.

The Kwid comes across as a small car with big ambitions. To start with, it has a styling inspired from an SUV.  A bold grille is where the eyes fall first and it also incorporates the Renault logo housing and has a neat pair of headlamps. The rectangular wheel arches with black colour claddings give it a SUV look as also the raised stance of the car. The overall look of the car is muscular and it stands 3679mm long, 1579mm wide and 1478mm tall with a class leading wheelbase of 2422mm. The ground clearance is 180mm, which is again commendable. 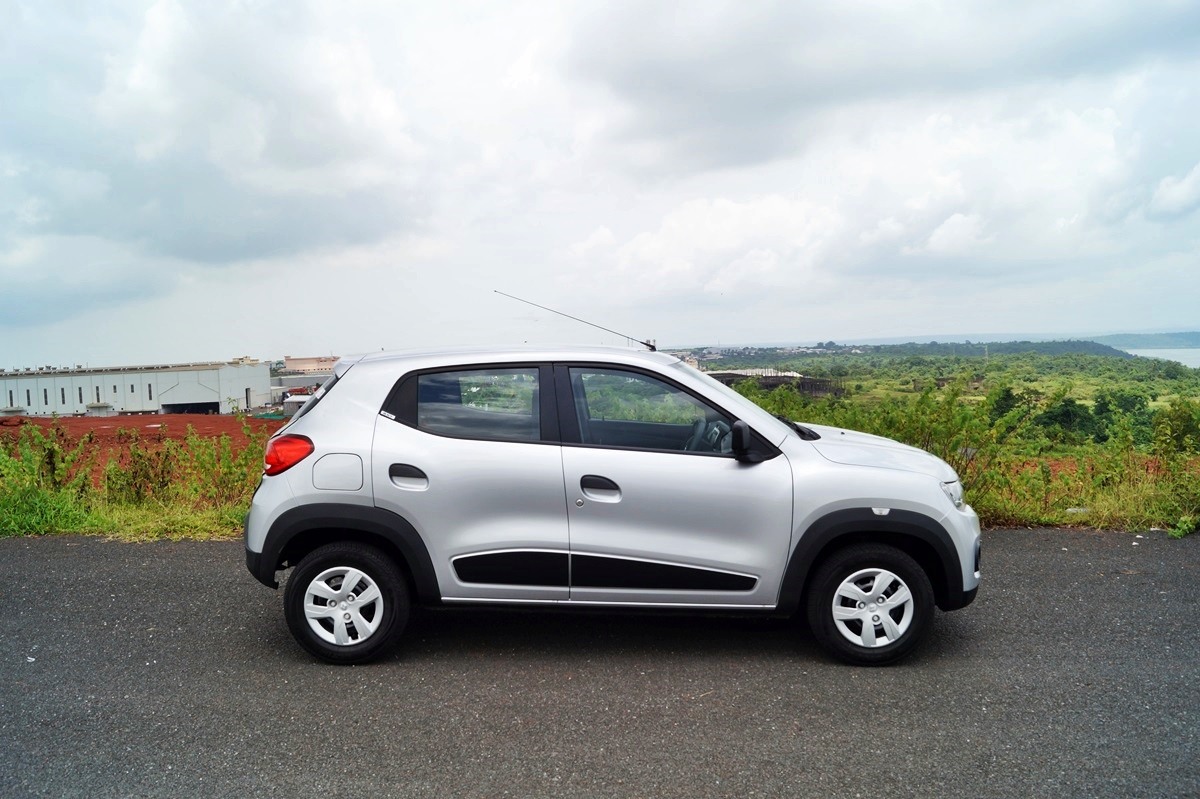 The interiors are simplistic, with minimal lines and an even layout. A seven-inch touch screen takes the centre place, which is the MediaNav system with bluetooth and audio streaming along with USB and AUX-in ports This is the same system found in the Duster and Lodgy, however without the reverse camera. The interiors are two tone – black and grey and have red accents too, to add some more colour (which is seen only on the top-of-theline RxZ variant). The steering wheel is nice to hold and adjusts for rake and reach. The instrument cluster is fully digital, which is a segment first. It also has a trip computer and gear shift indicator. The Kwid on the inside has good quality, is spacious and feature-loaded, we were yet to find any downsides when it comes to ergonomics and even aesthetics.Interior space is the Kwid is best-in-class and also the boot space which is 300 litres, very useful for carrying your luggage, to and fro from the airport or railway station.

The Kwid is powered by an 800cc, three-cylinder  engine that makes a power of 52bhp @ 5678rpm and a torque of 72Nm @ 4386rpm. The engine is mated to a five-speed gearbox. The engine is pretty smooth and the Kwid is quite pleasurable to drive. The engine has a quiet idle after start up and offers good low end torque as the car comes into motion which is good enough to drive around in the city, without the feeling of any lack in power at low engine speed (rpm). Its only when revved high that it feels stagnating. However, for city conditions, its not a worry. The engine is audible at higher revs.The clutch is very light to use and the gears feel clunky at times. You need some downshifting of gears for those quick overtaking moves. The Renault Kwid has another chink in its armour and that is its fuel efficiency, which is 25.17 km/l, making it the most fuel efficient petrol car in India.

Ride and handling is one area where the Kwid just trumps its competition. In fact, it behaves like a car from a much higher segment and surely, this will raise the ante of the entry-level segment for Indian car market. Be it potholes and ditches, none of them intrude much in to the cabin and ride is quite supple. The steering is light yet precise— with proper feedback— despite being an electric power steering.

The Kwid has already raised the ante, with its good looks, SUV-like road presence and fuel efficiency which is the best-in-class. The car isn’t very heavy at 669 kgs and this is achieved by replacing them with lighter yet durable materials. Renault claims that the safety aspect isn’t compromised and the top-end variant also gets a driver-side airbag.

The Kwid comes with several segment first features and also offers a two years / 50,000 kms warranty including road side assistance. It will be available in five different colour optionsRenault is offering upto 60 customisation options through their accessories route. It includes body graphics and claddings to enhance the looks of the car. Renault also claims that this car will be very affordable not only to buy but also to maintain. Spare parts prices will be comparable to the competition, as there is heavy localisation.

Kwid prices start at INR 2.57 lakhs and go up to INR 3.53 lakhs (ex-showroom, Delhi) and can be booked through Renault’s mobile app with an option to personalise it as well. The Kwid is Renault’s biggest launch after the Duster and one of the first complete Made-in-India car from a European manufacturer.