A drive in the tri-turbo diesel SUV. 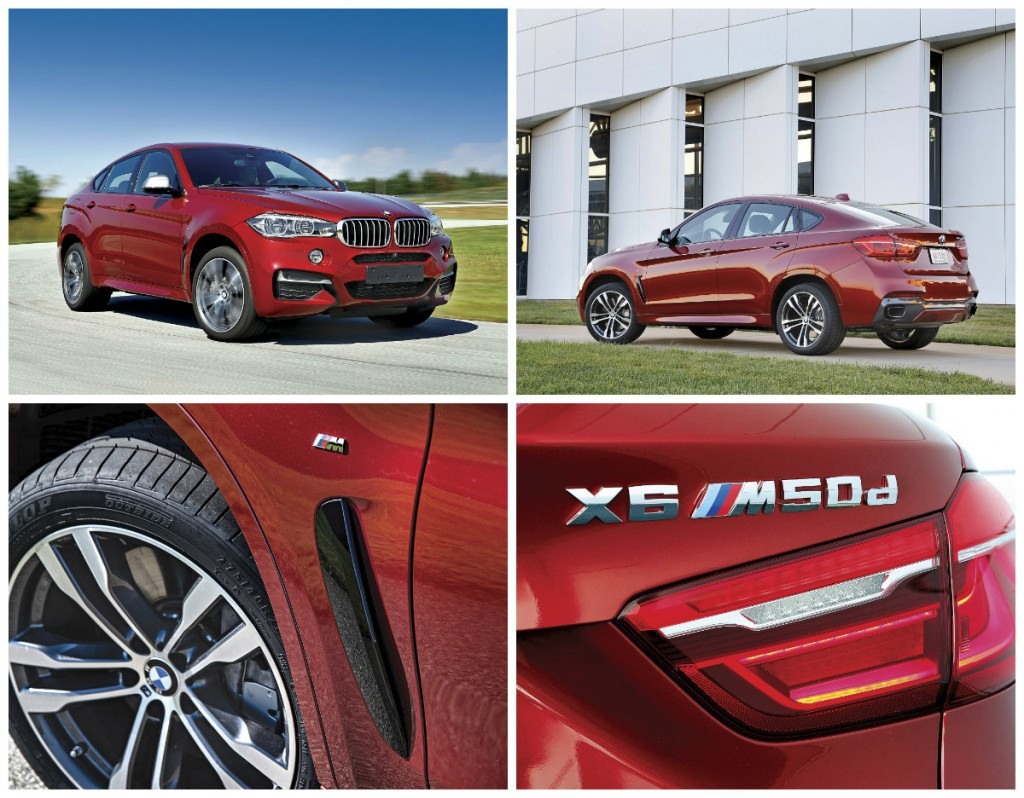 With its sporty coupé-like roofline, those ‘packed-with-muscle’ haunches and the high tail — the old X6 was both sensational and unique. However, the opinion on the car was a strict one way street, either you loved it or you hated it.

On the one hand, there were people who loved the stance of the car. Half coupé, half SUV, it was the sportiest-looking and sportiest-driving SUV in the world. BMW does pride itself in making its cars sportier.

Now BMW is ready to launch the next generation model, codenamed F16; jokes apart. The car still looks a bit bonkers, but the overall stance is not as outrageous as it used to be. The high ‘ducktail’-like integrated spoiler still stands out and the near-horizontal ‘fastback’ rear windscreen is still unique, as are those muscled haunches, however, this new model somehow seems less radical now. The headlights and larger kidney grille are similar to the X5 and are mounted higher up, the big ‘X’ in the bumper is now more clearly visible and the more horizontal bonnet has some really sharp and interesting cuts and creases.

The interior is new too. Those of you familiar with BMW’s interior style sheet will find the cabin familiar. The more upright instrument binnacle, the double-deck outer vents and the more bulbous steering boss are all familiar BMW SUV details, but there’s enough new stuff to keep the cabin looking fresh. A wide band of chrome separates the top half of the dash from the lighter lower parts, detailing on the interiors is sumptuous with soft edges, and chrome highlights add to the sporty feel of the cabin. 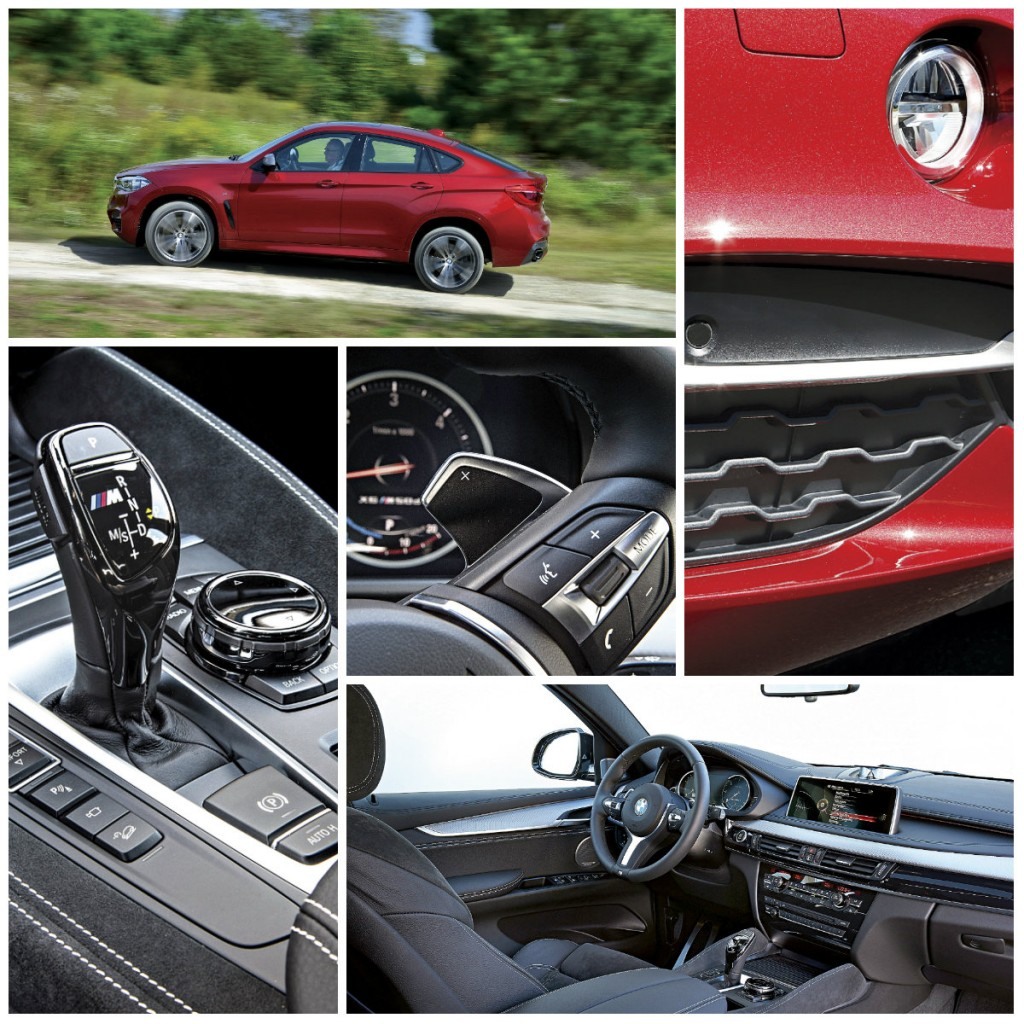 The rear seats are now more useable, with better support and space. You can now seat three abreast in comfort. There is also a pair of neatly trimmed kneepads for the driver. They flank the centre console to provide supportive leg-bracing when the cornering forces get large.

It’s under the skin where the car really stands out. Despite being one step down from a full-blown M car, it gets plenty of bespoke hardware that makes it feel extra special from behind the wheel. The chassis of the standard car has been stiffened. In addition, this full-time four-wheel-drive model also gets the adaptive M Sport suspension, which firms up considerably in the Sport mode. Add to this a dynamic pack and you also get active roll control and a rear axle that distributes the engine’s power to the rear wheel with the most grip.

Under the hood rests the latest jewel from BMW. The motor is a smooth, free-revving diesel six with not one, not two, but three turbos! The 3.0-litre, triple-turbo straight-six produces 381bhp and commercial vehicle-like torque of 75.45kgm. All this is achieved because BMW has reduced the compression ratio of this diesel engine. The lower compression allows for greater ‘fill’ from the three turbos at maximum boost.

So how do these turbos function? Well to begin with, a small variable-geometry turbo comes in at low revs. This allows for fast responses and a reduction in lag. There is a hint of lag as you take off, but the quick eight-speed gearbox ratios help you overcome this easily. The larger main turbo joins the fray at just 1,500rpm, and takes responsibility for most of the meaty midrange. So, after 2,000rpm, responses are massive and explosive bursts of acceleration are just a flex of your right foot away. The third turbo is small again and chimes in at approximately 2,600rpm, helping give the mid range a boost. The best bit is that the turbos overlap so smoothly, you really need to pay attention to notice where each comes in, especially if you accelerate flat out in one long seamless pull to the redline.

This means that the car is quick. The 2.2-tonne SUV does 0-100 in an insane 5.3 seconds, and the manic pull in the higher gears simply has to be experienced. The motor delivers huge thrust from 2,000rpm to 5,000rpm, and the manner in which it progresses up the revband can easily make you forget you’re in a diesel car. Yes, it growls like a diesel in the midrange under load and there’s a hint of clatter too, but there’s also a nice snarl in the top end that sounds just great. The most remarkable fact about the car is its petrol like silence at high speeds.

If the road below is broken or full of ruts, you might hear the suspension, and the odd large bump does upset the composure of the car on its huge 19-inch wheels. So ride is unlikely to be a strength of this car when it comes to India. That said, the ride of the new generation model is better than that of the earlier car by a considerable margin; the latter thumped and bumped over even mildly undulating roads.

The M Sport suspension and dynamic pack, while not too effective for ride, is a near revolution when it comes to handling. So how would this sizeable SUV with its massive mass and momentum handle the tight twists and turns?

It does it really well actually. The body roll is well contained, and there’s just no sense of excessive mass when you drive into a corner. Drive it harder and that slight understeer dialed in also dissolves into a nice neutral balance. Push further and now you are truely into the realm of fantasy. The more you gas it, the more it dutifully points into a set of corners. Move up to Sport+, where the ESP is partially switched off, and the balance becomes even sweeter. The X6 feels even more at ease through a section of corners. Even the torque vectoring and 60 percent rear-biased split of the rear axle work brilliantly. While the steering isn’t communicative and feels a bit wooden, it soon becomes clear — this is possibly the best-handling SUV in the world.

BMW will get the new X6 M50d to India sometime in mid 2015. Less extreme versions will follow later, but its clear that BMW wants to put it best foot forward first. Sure, the new X6 M50d is a bit of an enigma, but there’s no denying it is now more comfortable and practical, fantastic to drive and blessed with what is surely the most charismatic diesel engine around.