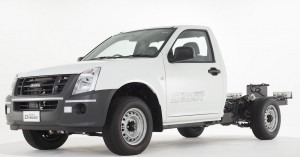 Isuzu has launched two new variants of its commercial D-Max pick-up truck. The single cab flat deck variant now gets an air-conditioned version in its line-up while the single cab version is now also offered in a cab-chassis. 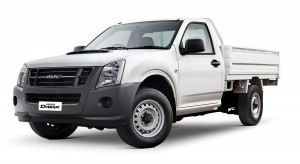 As per the company, the AC single cab is aimed squarely at reducing driver fatigue and improving the working efficiency of the vehicle. The cab-chassis model is aimed at other segments which require custom built load beds for daily operations.

The D-Max is currently offered in single and space cab forms with both styles available for the commercial sector while the space cab alone is offered in Arched Deck form for private ownership. The pick-up is powered by a 134bhp 2.5-litre turbo-diesel engine pumping out 29.97kgm of torque.