More substantial changes in under a year’s time. Has the Vento improved? 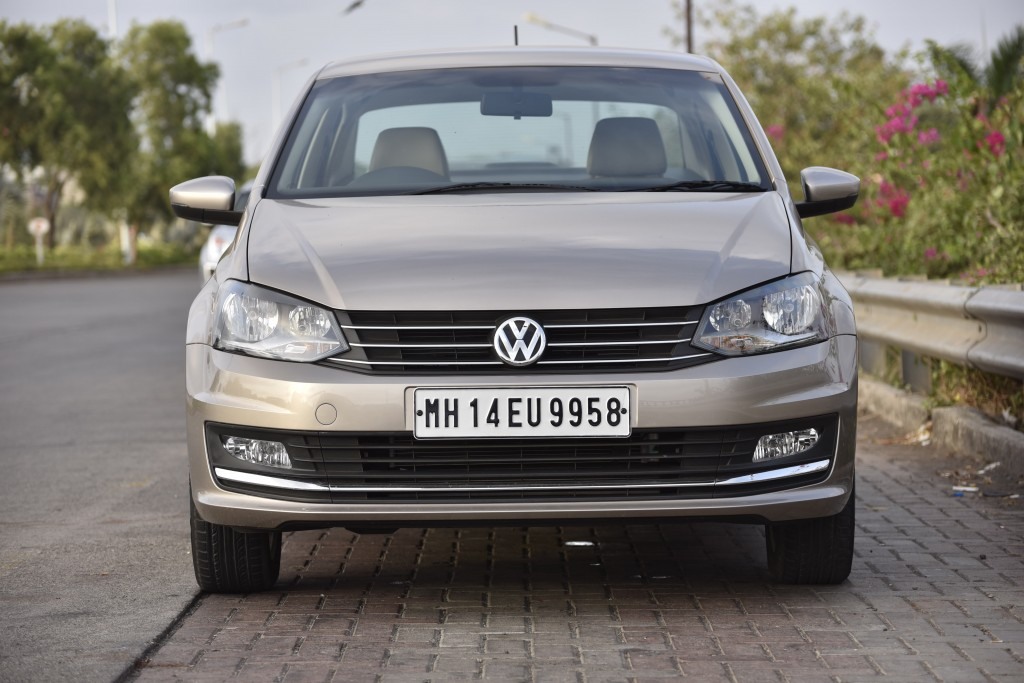 VW is about to launch another Vento facelift, and unlike the one eight months ago, this time around, the car it will have more wide-ranging changes. Up front, it gets an all-new bumper and all-new horizontal, rectangular fog lamps that also get integrated cornering lights. The three-slat chrome grille is larger and more in line with the current Jetta, while the the bonnet now gets deeper creases. At the rear, the tail-lights are restyled and the streaks on them are meant to mimic LED lighting. The new rear bumper makes the car look wider, and the new horizontal chrome bar across the tailgate makes it look more upmarket. In fact, keeping the Indian customer in mind, VW has added a lot of chrome bits to the car – door handles, front and rear bumper garnish, tail-pipe housing and the one across the boot too.

On the inside you get a new colour scheme – light brown and beige – and a bit more equipment. In general the interiors feel a bit plusher than before. Top trims now get cruise control, a cooled glovebox, a dead pedal, a boot release button on the boot itself and auto folding mirrors with incorporated LED turn indicators.

We drove the 1.5-litre diesel automatic to take a closer look. Just like before, the motor is quite brawny through the rev range and the car moves forward without much effort. Refinement wasn’t really notable even in the previous car, though there seems to be a slight step up this time around. There is still a hoarse clatter at idle and a deep drone at low engine speeds. The dual-clutch, seven-speed gearbox is smooth to operate and works almost seamlessly.

There is no change in the ride quality either. It absorbs bumps well but gets uneasy over broken surfaces. The steering feels heavy; especially driving at city speeds, but lightens as you go faster. Out on the highway the car feels sure-footed.

With this facelift, the German automaker is making sure that the car continues to be quite a well-rounded car and now with the additional equipment it has worked on its weaknesses too. That said, it still lags behind the competition with the lack of a colour or touchscreen interface, as well as a rear-view camera. However, its strengths of strong build quality, a solid, planted feel and a great (although not super-refined) powertrain remain, and now it just looks a whole lot smarter too. We just hope that the company prices the car right.