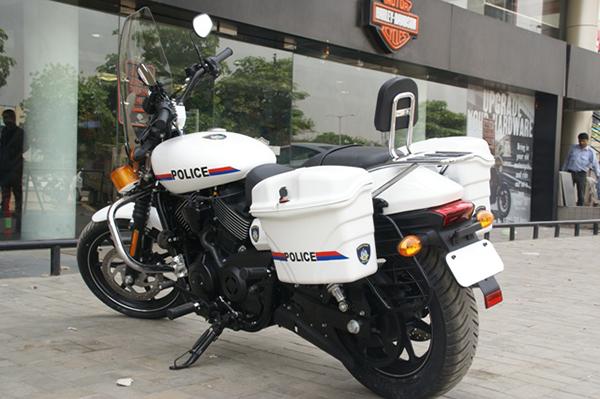 The six bikes were ordered and customised by the Gujrat Police Department to function as quick response units and escort vehicles for senior ministers and visiting dignitaries.

The Street 750 is powered by a 749cc, V-twin, liquid-cooled, four-stroke engine that is good for about 55-60bhp of power. The bike also makes 6.62kgm of torque. The Indian police forces have used powerful motorcycles earlier as well, such as the Yamaha RD 350, which is a two-stroke motorcycle.

The customised bikes have been painted white and bear the Gujrat Police Department logo and get large windscreens, police sirens, engine guards, pannier bags on either flank and special forces red-blue lights.