Fiat has lifted the wraps of its latest four door sedan the Aegea. The car is expected to go no sale internationally sometime later this year with Fiat saying that the production car will bear a new name. 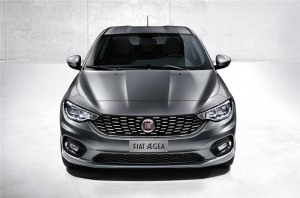 In terms of styling, the new car features bold creases along its flanks, bonnet and roof while the back gets sculpted tail-lamps and an integrated rear spoiler. The front grille is prominent and gets chrome inserts and flows neatly into the headlamps.

Inside the car bears similarities to the 500X and 500L with a similar centre console layout and steering. Most switches and gauges look similar to the other Fiat models currently in the brand’s international line-up. The new Aegea gets equipment like a five-inch touch screen, Bluetooth, USB and Aux inputs and steering-mounted controls as standard. It is also available with optional satellite navigation system and a rear parking camera.