Chinese brands are taking the Indian market by storm. For instance the Xiaomi Mi3 and the Xiaomi Mi4 are doing very well with Indian smartphone users. Even OnePlus is starting to do good business in the country. However, most users may not have heard of Meizu. The company based in Beijing has been creating smartphones for some time now and the Meizu MX4 is the firm’s 4th device. It is a standout device with a 5.4 inch display and 5:3 aspect ratios which looks quite square compared to most phones. 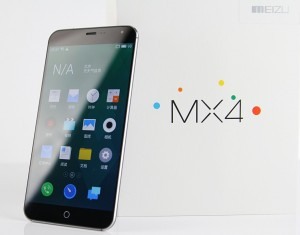 The Meizu MX4 has a design that resembles a small iPad. The home button is circular which will remind you of the TouchID buttons on Apple devices. The button however is not a fingerprint sensor although it does light up when notifications are received like arc reactors.

When you turn the Meizu MX4 on the side, you will notice the influence of Apple even more. The edges have been chamfered like iPad Air, and rounded edges have plastic linings that are there in iPhone. On the backside, the curved plate makes the comfortable to hold. Unlike the MX3’s glossy design, MX4 has matte grey colour which is darker than the Apple devices. Below removable cover, a non-removable battery of 3100 mAh strength is embedded. A slot for a single SIM card has been included in the phone too.

The upside of the handset is that the colours look vibrant and viewing angles are quite good. The screen is quite bright and can be used easily under sunlight. However, the light adjustment of the phone is not very good and it can turn out to be a little dim as well in direct sunlight. You have to adjust it manually instead.

The aspect ratio of 5:3 is not a selling point for the phone at all. Compared to FHD display, there is no added usefulness. 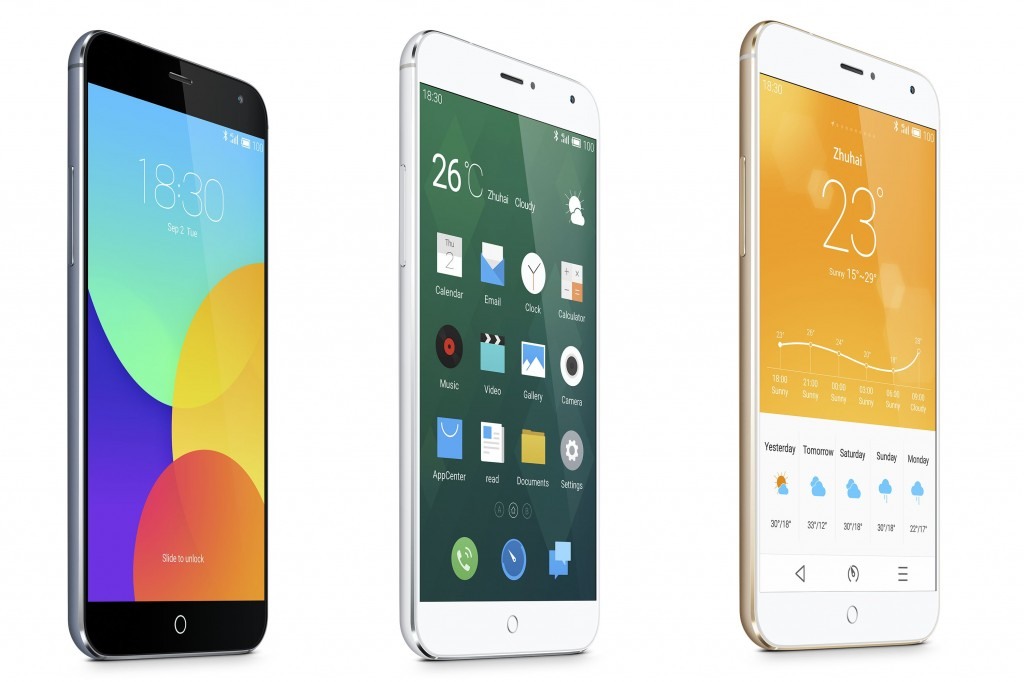 Most flagship handsets use the Snapdragon chips from Qualcomm but MX4 is a little different as it uses the MT 6595 by MediaTek which is an octa-core processor featuring 4 Cortex A17 cores that run at 2.2GHz and four cores of the Cortex A7 type which clock at 1.7GHz only. For avid games, the GPU included is the PowerVR G6200. For snapping images, the front camera is a 2MP one while the rear camera is 20.7MP

The phone is powered by the Android KitKat 4.4.4 and runs on the custom user interface named Flyme 4.0. Upon using it for the first time, it would seem that MX4 is capable of providing unique experiences that are not there in Android phones. Rather than only hardware or software keys the Meizu MX4 has a blend of both. The circular button is meant for going to the home page while for going back a soft key has been included. The multi app window can be accessed by swiping from the display’s bottom. Even though it sounds interesting, it is quite flawed practically. The apps haven’t been scaled for the bizarre aspect ratio and menu button cannot be found unless the phone is rotated to the landscape mode, which gives the phone slightly more space along the sides for the button to come up. Another major bug that must be fixed by the phone is the volume control, which only changes music volume rather than the ringer volume of the phone.

The only redeeming feature of the MX4 seems to be its camera although something holds it back as well. The phone cannot meter light properly which is why the images look under exposed, particularly when strong backlights come in. However, in case of adequate lighting, you can find that 20.7MP indicates lots of detail and pictures look very good.

The MX4 MT6595 MediaTek processor may be an octa core one, but it is the 4 cores which actually perform. For stuff that is less intensive, the slower cores take over. However, when it comes to gaming, the faster Cortex A17 2.2GHz cores work themselves. The MediaTek processor does not match up to Qualcomm’s higher end stuff according to bench mark tests.

The multi thread test of Linpack has also revealed the same test results as it has returned dismal scores. The Sony Xperia Z3 performed much better than the processor of MX4.

Those who have Facebook, Twitter and Gmail push notifications enabled on their phones would find that the Meizu MX4 lasts a little less than a day. Because of the swiping to unlock feature on the phone, the display can light up accidentally which consumes a lot of battery unless adjusted to the optimal setting. In the continuous video loop test, the phone lasted around 8 hours and 15 minutes which is quite short. Software updates in future may improve the feature because the phone has a large battery. Theoretically, it should perform better than this.

The Meizu MX4 seems to have good potential for becoming an ideal phone or at least a good enough one. However, the OS is bug ridden and does not deliver high performance. Unless Meizu manages to fix these bugs, it would be better to stay away from the handset.

Also, it is doubtful whether Meizu would be able to compete with Chinese big wigs such as Oppo Find 7 and Oppo Find 7a. Xiaomi too has great phones available at lower price, while lower range devices from HTC such as Desire 816 cost around $400. The experience is much polished on such handsets. For the same price, you can consider the Xiaomi Mi4 and OnePlus One. The increasing popularity of Chinese brands among Indian users may make the case for Meizu easier. The Xiaomi RedMe has been grabbed by the Indian smartphone users and Meizu may find similar fan following if it offers unbeatable specs. This is the time for low cost mobiles and Meizu may ride this wave successfully.

One thought on “Meizu MX4 – An Alternate Android Smartphone”