The growth rate of the Indian service sector is boosting the growth in a lot of sectors simultaneously. One of these sectors is the automobile sector. Most of the car makers including Maruti Suzuki and Mahindra and Mahindra have vouched that their sales have gone up by 15 percent in the past year. However, what is stunning is that the sales of pre-owned cars have gone up. Earlier, there was a stigma attached with buying a pre-owned car but nowadays, given the price of a new car, not to mention the taxes and registration fees that need to be paid, a lot of people are opting for pre-owned cars. 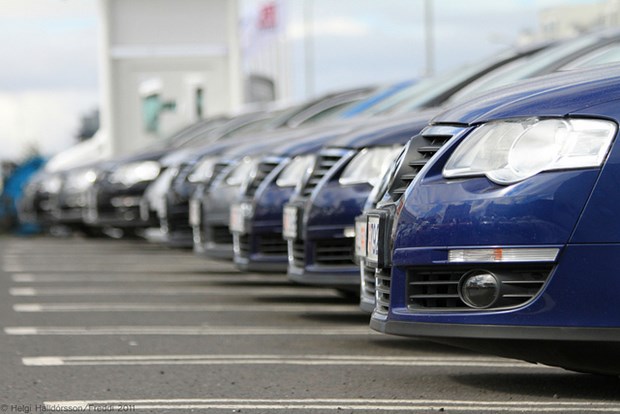 Maruti Suzuki’s COO has confirmed that the sale of brand new cars have indeed gone down by 7 to 8 percent. Mahindra and Mahindra too have re-iterated the fact that it is seeing a dip in the sales of its First Choice vehicles.

The rise in sales of cars are mostly observed in cities such as Hyderabad, Bangalore, Chennai, Pune, Mumbai, Delhi and Kolkata where the IT sector has led to a rapid increase in the purchasing ability of the average citizen. Most families which have two earning members have two cars (if they can manage to provide space for two cars)

However, what need to be explained are the flourishing used cars in Mumbai and used cars in Bangalore market.

Increase in opportunities for earning

Cities such as Bangalore, Pune and Chennai are growing rapidly because of the presence of a number of IT companies. Special IT parks have been dedicated to these companies and both Indian and foreign companies operate out of these parks. Employees of these companies earn healthy salaries which allow them to upgrade their lifestyle frequently.

The number of car buyers in the age group of 25 years to 34 years is the highest. Almost 50 percent of Maruti’s customer base is formed by buyers of this age group. Also, what is to be noted is that some of the buyers in this age group do not have the money to buy first hand cars. But with the lopsided development of public transport in these cities, it has become imperative to buy a car for quick commutes. Most areas of these cities are connected by Ring Roads and highways which make commutes by cars the easiest. A lot of these buyers do not have much money at their disposal or are unable to take out loans from financing companies which is why they resort to buying used cars. It is cheaper and serves their purpose.

Moreover, the hike in pay scales in these kinds of jobs is immense which is why such people resort to buying used cars. They believe that they would be driving the used car only for a couple of years before graduating to a brand new class of car which is why they opt for used cars over brand new ones.

A number of foreign brands have entered the Indian market which has increased the number of makes that are available. Latest entrants to the Indian car market are Datsun and Nissan. The number of cars available in every segment of used cars in Delhi markets have gone up which is why the supply in the used car markets have also gone up. Buyers can now choose from hatchbacks, premium hatchbacks, compact sedans, mid-sized sedans etc. They can also choose between the petrol and diesel variant of a particular car as most cars that cost more than Rs 5 lakhs are available in both the variants. Therefore, youngsters can now pay up little and enjoy a car of their choice. Earlier, such variety was not available in the used car market which is why more people resorted to buying brand new cars.

Need to Own Two Cars

Most families are of the nuclear form where both spouses need to work. Work has becoming that of the shifting schedule type which is why leaving for work together and coming back together is not possible anymore. Sometimes, couples don’t even work in offices of the same area. This is one of the reasons why people opt for two used cars. More women are learning how to drive nowadays so that they do not have to rely on their husbands, children or chauffeur to ferry them around. The increased power of purchase is compelling most couples to go for two cars. Moreover, owning multiple cars is now a status symbol in established and upcoming metro cities hence more affluent people are going for this choice.

The top cities of India which have the best used cars markets are discussed here:

Delhi – Delhi, being the largest city of the country and its capital, has a large automobiles market. Back in 1995, the number of cars in Chennai, Mumbai and Kolkata put together could not outnumber the cars in Delhi! Because people in Delhi are opulent, they are more prone to change their cars frequently to “keep up with the Joneses” or stay ahead of them. This quick trading-in of cars, makes the used cars in Delhi market a dynamic one.

Chennai – Considered to be the Detroit of Asia, Chennai alone produces 40 percent of the automobiles sold in India. Foreign makers such as Renault and Nissan have their factories on the outskirts of the city. There is a large supply of foreign cars in the city which makes used cars in Chennai bountiful.

Mumbai – The purchasing power of residents of Mumbai is one of the highest in the country and so is the need for means of transportation. Mumbaikars have to commute a lot to get to anywhere and those who do not want to rely on the local trains resort to buying cars, as autos and taxis are very expensive in the city.

Bangalore – Thought to be one of the most youthful cities with one of the youngest demography, the city has a large number of car buyers in the age bracket of 25 years to 30 years which makes them resort to used cars in Bangalore for their limited budget.

One thought on “Best Used Car Market in India”