Car will be lighter than predecessor; get all-new engines in line-up. 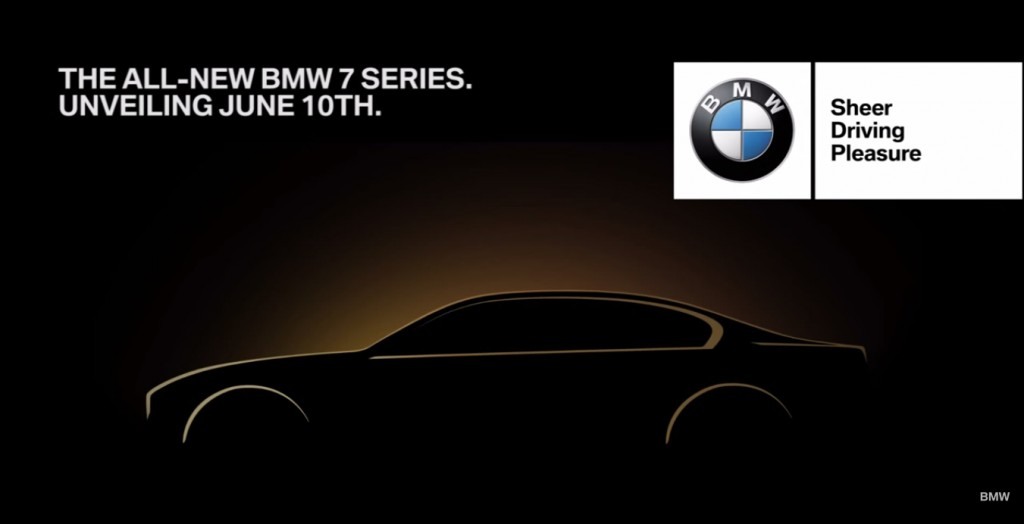 The Bavarian auto giant has announced that it will be revealing its all-new 7-series to the public on June 10 with the company releasing a teaser trailer for the car.

The new car gets a more prominent grille, laser head-lamps with double-barrel detailing, a wider chin with prominent chrome detailing and LED daytime running lamps. At the back the styling is similar to other new BMWs. Other highlights include a remote parking system, an iDrive Touch Display infotainment system with gesture control technology and Dynamic Damper Control to improve ride and handling.

Under the hood the new car is expected to get the company new family of in-line six-cylinder engines alongside a line-up of V8 turbo-petrol and high-revving twin and tri-turbo diesel motors. Power will be delivered to the wheels through an eight-speed gearbox.

The new car will go on sale internationally sometime later this year with an India launch likely early next year.