The ageing warhorse gets another refresh to keep it going. At nearly two decades old, the ageing warhorse from Tata Motors continues to soldier on. Now, this warhorse has been given yet another facelift in an effort to slow down its ageing process. This marks the first refresh of the SUV since its launch in 2012 which in itself was the Safari’s biggest revamp in its long life cycle. The Storme got a brand new chassis, fresh interiors and a significant styling update. This time around, however, the changes are far less substantial.

Exterior changes are minimal and apart from the Land Rover inspired grille there’s really nothing new worth talking about. 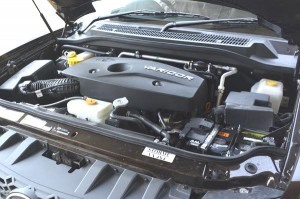 The cabin on the other gets more noticeable changes, which are noticeable the minute you pull yourself into the high cabin. The dashboard design is tidied up and gets nice silver accents. The centre console as well looks much neater than before. The air con dials have a nice feel to them and are placed within easy reach. The audio system comes with enhanced acoustic quality and truly sounds good, but looks outdated when compared to today’s touch screen infotainment systems. There’s no reverse camera either, and parking sensors are what you have to rely when reversing this 4.65 metre-long beast. 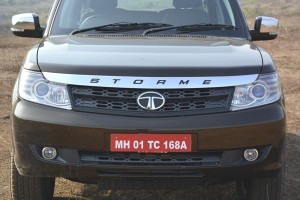 The all-new steering wheel, comparable to the one in the Bolt, gets built-in audio and telephony controls. Bluetooth, aux-in and USB connectivity is standard on this VX variant. The 4WD selector knob is now placed on to the dashboard and closes up the large cubbyhole that was once a useful to place wallets and cell phones

As before, the high-set seats aided by the large glass area and the low dashboard, gives the driver a fantastic view of the surroundings. The middle row is now even more comfortable thanks to improved cushioning and better fabrics. The SUV continues to lack a forward facing third row even in the top variant. The side-facing third row seats are uncomfortable and basic in otherwise what is a reasonably well-appointed cabin. 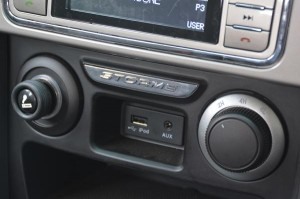 The updated Storme gets the Aria’s 148bhp 2.2 litre turbo-diesel which gives it an extra 10bhp plus a decent 32.63kgm of torque. The extra grunt hasn’t notably improved flat-out performance but driveability is better than before. This makes the new Safari more responsive to throttle inputs and the earlier sluggishness is mostly gone. However, a fair bit of turbo lag is still present which is emphasised by the tall gearing. This makes the Tata SUV very cumbersome in traffic and you need to downshift quite often while ambling in around town. On the flip side, the long-legged SUV has great cruising ability and feels completely at ease on the highway. The gearshifts are marginally improved over the outgoing model, but the old gearbox still feels rubbery and requires effort to slot in correctly. The bothersome play in the driveline or the ‘marching’ sound so characteristic of a Safari is gone and that’s a welcome change.

Driving this sizeable SUV is made a little less detestable, with the steering wheel position now 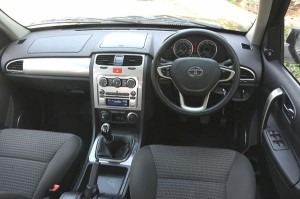 being less truck-like and you don’t need to stretch your arms while negotiating that tight U-turn. The steering is also more direct which could be credited to the reduced play around the centre-ahead position. What Tata Motors hasn’t sorted out is the steering kickback which you can feel when you encounter a rutted road.

The overall ride is still very good and the SUV’s ability to eat potholes without a fuss is still its strong point but, dynamically, it feels like a skyscraper on wheels. You are constantly reminded of its high centre of gravity by the way the body rolls and rocks from side to side. These loose body movements can get unnerving as the speeds increase and while negotiating corners. What the Storme has though is more than decent grip, which also exaggerates the body roll.

Considering the XXL dimensions of this Tata, it is not the easiest to punt around in traffic and the heavy steering adds to the bulky feeling. 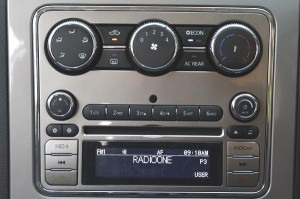 The incremental improvements have made the 2015 Safari Storme the best Safari ever, but is it good enough to buy? The revised interior, extra power, lighter clutch, and a less truck-like driving position have made it far more user-friendly whilst the time-honoured traits of super visibility, great cruising ability and all-round comfort haven’t been compromised.

However, the changes are not broad enough to keep the Safari in the game, and for the expected asking price of Rs 14 lakh (ex-showroom Delhi) for the top trim, there are better options out there. Tata could have given the SUV a few more cosmetic tweaks, added a front-facing third row, enhanced the dynamics further and also thrown in an auto transmission as an option. It seems that Tata is saving the best for the Hexa, which sadly makes the new Safari Storme a case of too little too late.